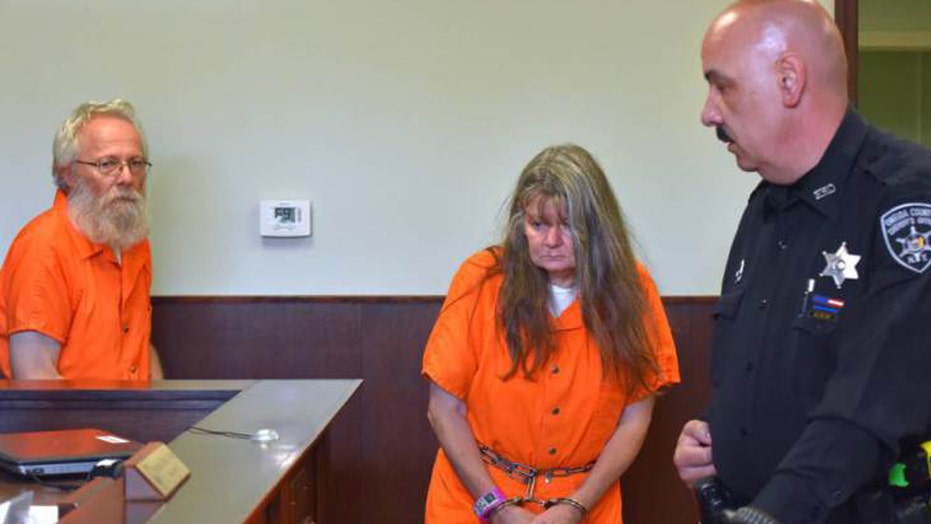 One teen hospitalized, one dead after beating in NY church

Two teenage brothers were repeatedly beaten with a folded, 4-foot black cord during a deadly assault by their family and followers of a mysterious church, the only surviving boy told a New York judge on Wednesday.

Christopher Leonard, 17, testified before Judge William Virkler during a preliminary hearing for Sarah Ferguson, one of six people accused in the Oct. 11 assault that injured Christopher and killed his 19-year-old brother Lucas.

“I knew something wasn’t right,” Christopher said Wednesday, as he described the beating. “I looked over, I rushed over and saw that he wasn’t breathing. I tried to give him CPR.”

All six have pleaded not guilty.

Virkler listened as Christopher told the court how he and his brother were asked to stay after a service by Word of Life Christian Church’s pastor in order “to tell what we had done.” Police believe the beatings were part of an exercise to get the boys to confess to sins.

Christopher specifically said his parents and Ferguson whipped him “everywhere except my head,” including on his genitals. During cross examination, Christopher said he was restrained by David Morey and Irwin and he did not fight back, only holding out his hands in an attempt to shield the blows. He said he threw up several times after the beating.

The arrests in New Hartford, a town of 22,000 people, have thrown a spotlight on the regimented and insular church that operated from a red-brick former school that also served as a communal home for several members.