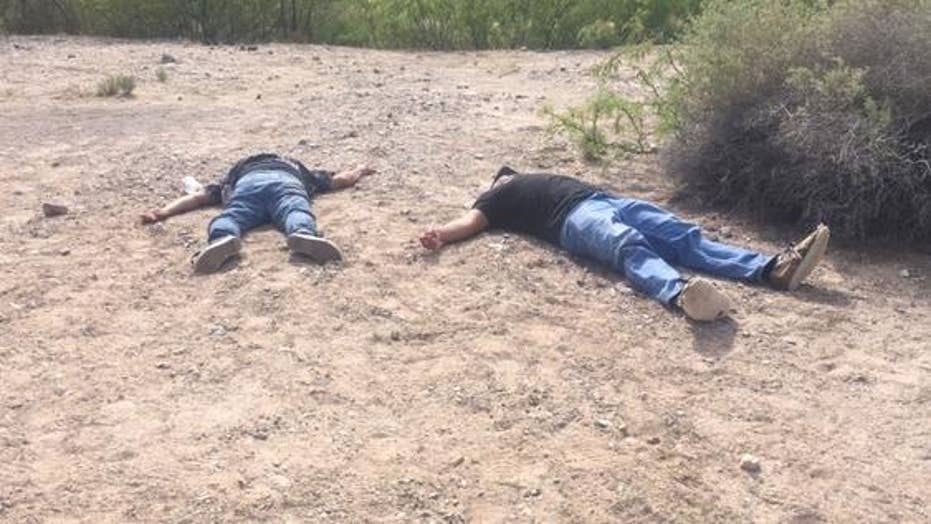 EL PASO, Texas – Crossing the border illegally could cost a person their life. That’s the message the Border Patrol and Mexican Federal Police are sending to people considering the journey, in an effort to dissuade them from doing so.

Border Patrol agents have tried many strategies to prevent immigrants from crossing the border. The latest approach is very direct – showing border crossers in stark terms how treacherous and deadly the journey actually is.

The Border Patrol El Paso sector is made up of the two most western counties in Texas and all of New Mexico. There has been a downward trend in rescues and deaths of illegal immigrants with added safety initiatives. (Fox News)

The desert may look easy to hike and the river may seem calm, but the Border Patrol promises it’s much more dangerous than it appears. In 2005, 28 immigrants died illegally crossing the border in the El Paso sector. The numbers have since improved with continued safety initiatives. In 2017, there were 61 rescues and eight deaths. This year, there have been 18 rescues and zero deaths.

However, the summer has yet to arrive, when temperatures on the southern border can soar well over 100.

“People think it might be easy, but it ain’t worth risking your life,” said Mario Mata, a Supervisory Border Patrol Agent who performs search and rescues.

To reach as many people as they can, the Border Patrol is airing a PSA throughout Central and South America. The video shows immigrants making their way through the desert when one falls. A fellow traveler tries to help him get up but is pulled away and told they need to keep moving. The screen goes black and says “Vale la pena?” or “Was it worth it?”

The southern border can reach well over 100 degrees during the summer. There's also dangers of rattle snakes and other predatory animals. (Fox News)

The agent who rides with the immigrants in the rescue helicopter said after the initial shock of the rescue wears off, many immigrants say it was not.

“The very first thing they do of course is thank you, and then the second thing they do is obviously, admittedly tell you – had I known it was going to be this way I would have never tried it. It’s unforgiving,” said Fabian Cardiel, an El Paso Air and Marine (AMO) aviation enforcement agent.

The Rio Grande is channeled through an artificial canal in El Paso. It looks calm on the surface but is too deep to walk through and very swift. (Fox News)

During a recent demonstration, Border Patrol agents and two actors showed what it’s like for immigrants who break a leg and get dehydrated on the journey. Actors portrayed immigrants in severe pain. Another had to be found using a search dog. The message was meant to be blunt: your journey will be very dangerous and can turn very bad, very quickly.

But they also made it clear that if immigrants still come, despite the warning, law enforcement on both sides of the border will make every effort to rescue them.

“They’re committed first to save lives and protect the dignity of the people. It doesn’t matter who they are or how they’ve been found,” said Ricardo Hernandez Lecanda, Deputy Consular for the Mexican Consulate Office in El Paso.

But after the rescue is made and the illegal immigrant is recovering, the Border Patrol must fulfill its obligation to enforce immigration law. The immigrant will be subject to a hearing and deportation.