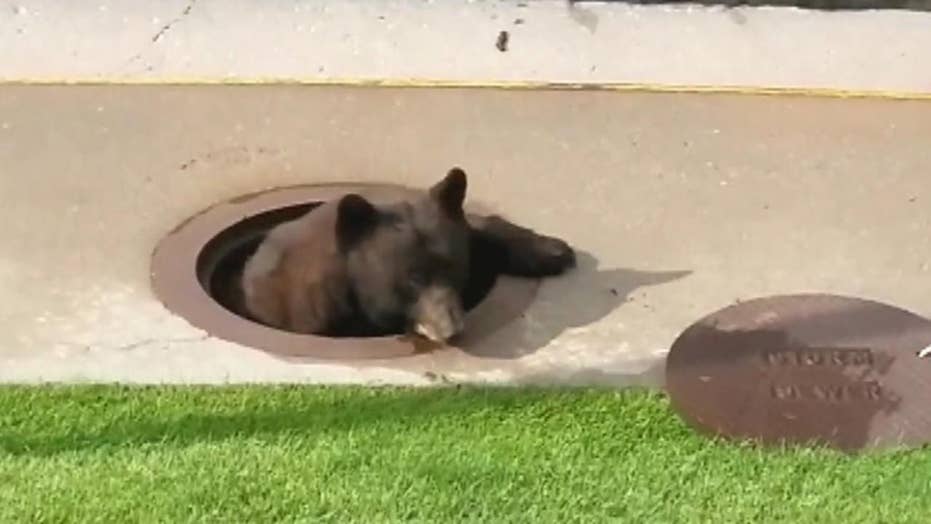 Bear gets stuck in manhole

A black bear was freed Thursday from inside a Colorado storm drain, where it had been stuck for nearly an hour.

The bear, estimated to be 3 or 4 years old and weighing about 250 pounds, was seen on video poking its head out of the man hole, looking one way and then the other and then hauling itself out and running away.

Colorado Springs Utilities workers and Colorado Parks and Wildlife Southeast Region workers were called to the scene and worked out a strategy to free the beast that didn't involve an official handling it. If one of the workers came in contact with the bear, it would need to be tagged; a subsequent tag would require the bear be euthanized.

So instead, the workers harassed the bear by firing nonlethal rubber slugs at it while utility workers simultaneously opened a nearby manhole.

It took the bear about six minutes to emerge once the cover was removed from the manhole.

“We don’t want to punish a bear for [people] not securing their garbage,” Colorado Parks and Wildlife spokesperson Bill Vogrin told The Gazette. “That’s a reason we hate this. It’s incumbent that the neighborhood secures their garbage.”