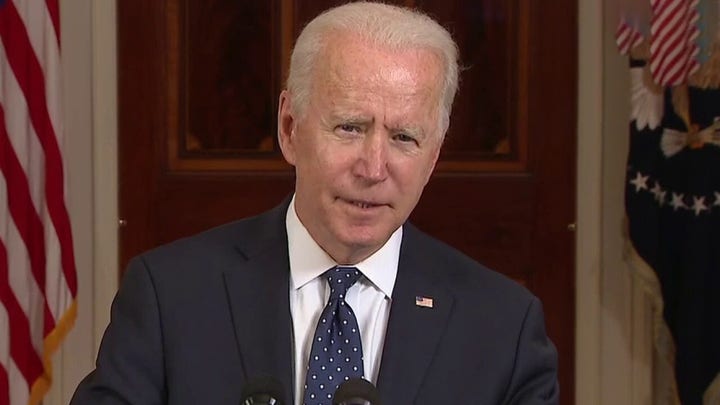 The president said the protesters demonstrated "in peace and with purpose," a description that applied to the majority of marches in support of justice for Floyd. But Biden made no mention of the rioting that also occurred, although authorities from around the country for months warned that bad actors were exploiting legitimate protests to loot and damage property, commit arson and -- in some cases -- murder.

Despite estimates that only a tiny percentage of protests led to riots, insurance companies reported more than $1 billion in property damage. Factor in overtime for first responders and the total cost surpassed the infamous Rodney King riots in Los Angeles in 1992 as the most expensive in American history.

Police were called to the scene around 4:30 p.m. on a report of someone attempting to stab others at a home.

As soon as police pulled up, a young female can be seen tackling another female to the ground with what appeared to be a knife in her hand. The girl can then be seen charging at another nearby female while raising the apparent knife in the air, at which point the officer fires multiple shots, fatally wounding the attacker.

"She came at them with a knife," the officer can be heard saying as other officers tended to the girl on the ground. CLICK HERE FOR MORE.

"I read that, Matthew, yeah ... " Bush said during an appearance on "Today with Hoda & Jenna," when asked about reports that the 51-year-old actor was really considering jumping into politics.

Former first lady Laura Bush also appeared on the morning telecast, which is co-hosted by their daughter Jenna Bush Hager.

"I tell you this, it’s a tough business," the former president added, referring to politics. CLICK HERE FOR MORE.

In other developments:
- Networks tee up George W. Bush to hit GOP but not Biden on immigration
- Robert De Niro's lawyer echoes panned 2017 story in divorce court
- Jim Steinman, who wrote hit songs for Meat Loaf, Celine Dion and others, dead at 73
- Ted Nugent reveals coronavirus diagnosis: 'Never been sosick in my life' 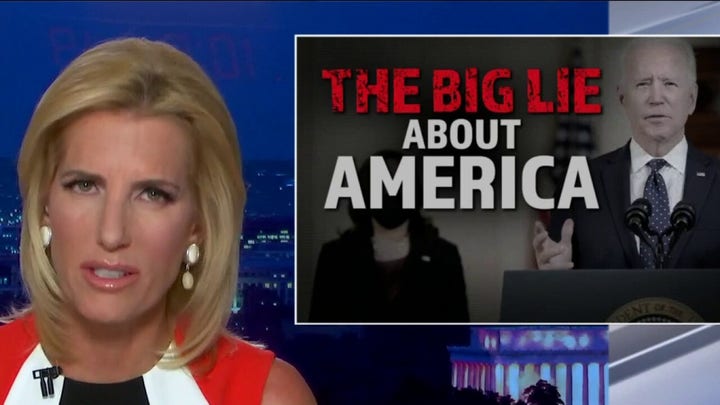 Laura Ingraham mocked Democrats on Tuesday night, accusing them of pushing a false narrative that America is a racist country.

"A few hours after the Derek Chauvin guilty verdict was handed down, President Joe Biden and Vice President Kamala Harris spoke to the nation – and lied about the nation," the host of Fox News' "The Ingraham Angle" said.

"That’s the big lie – systemic racism," she continued. "Did Joe Biden always believe the nation was racist to its core? Did he believe this when he and Barack Obama were elected, not once, but twice? Does Joe Biden really believe he presides over a country where law enforcement is essentially a racist killing machine?"