One expert called the conviction a "preordained conclusion."

"I was not surprised," high-profile lawyer Geragos said. "I've been saying all along, given the tsunami of coverage and public consternation, the best he ever could have hoped for was a hung jury."

Chauvin, 45, was charged with second-degree unintentional murder, third-degree murder and second-degree manslaughter. Americans were on edge awaiting the verdict, which was read in court by Hennepin County Judge Peter Cahill. The decision found Chauvin guilty across the board.

The defendant's bail was immediately revoked and he was led away with his hands cuffed behind his back. Cheers and honking car horns could be heard outside the Hennepin County Courthouse after the verdict was read.

Former Minneapolis police Officer Derek Chauvin is handcuffed to be led away after a jury found him guilty of all charges in his trial for second-degree murder, third-degree murder and second-degree manslaughter in the death of George Floyd in Minneapolis, Minnesota, U.S. April 20, 2021 in a still image from video. (Reuters)

Chauvin faces decades in prison and is expected to be sentenced in about two months.

Geragos, who boasts a long list of past high-profile clients, including Michael Jackson, "Empire" actor Jussie Smollett and convicted wife murderer Scott Peterson, said he expected a conviction for Chauvin "as early as jury selection, when they were removing some of the jurors because of the announcement of the $27 million settlement."

"I thought that that was the beginning of the end for any chance of a not guilty [verdict]," he continued to Fox News.

Geragos credited Chauvin’s attorney, Eric Nelson, for being "workmanlike" and doing "everything he could," but Geragos said he would have pushed for a mistrial throughout the case.

"There was no shot that the defense was ever going to get an acquittal in this case. Just the idea of bringing jurors in [at] the same time that you're talking about a $27 million settlement, and they're entering a courthouse that looks like an armed encampment," Geragos said. "And everybody knew if there wasn't a conviction, all heck was going to break loose. It was the preordained conclusion." 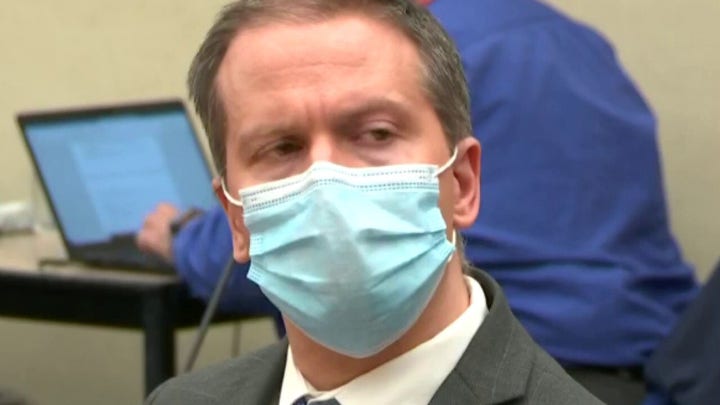 Geragos called the Chauvin trial "the closest thing" to the 1990s federal trial of the Los Angeles police officers indicted on charges of violating Rodney King’s civil rights. The L.A. case prompted one of the deadliest race riots in American history after a jury in criminal court proceedings acquitted four White police officers in the beating of King, who was Black. In April 1993, two of the four officers were convicted.

Floyd, a 46-year-old Black man, died May 25, 2020, after being arrested on suspicion of passing a counterfeit $20 bill for a pack of cigarettes at a corner market. He panicked, pleaded that he was claustrophobic and struggled with police when they tried to put him in a squad car. They put him on the ground instead.

His death prompted widespread protests, which lasted months, and calls for an end to police brutality and systemic racism.

In early March, during jury selection in Chauvin’s trial, the city of Minneapolis agreed to pay $27 million to settle a civil lawsuit from Floyd’s family. Floyd family attorney Ben Crump called it the largest pretrial settlement ever for a civil rights claim.

During the trial, the jury heard from high-ranking Minneapolis police officials, loved ones of Floyd, bystanders, an officer who also responded to the scene and medical experts -- some of whom presented dueling opinions. 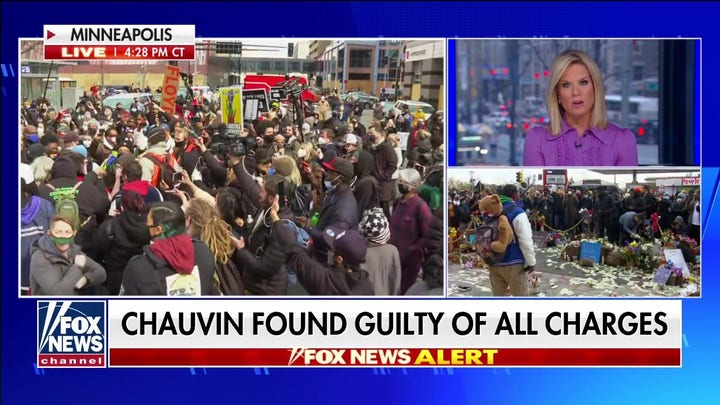 The centerpiece of the case was the excruciating bystander video of Floyd gasping repeatedly, "I can’t breathe" and onlookers yelling at Chauvin to stop as the officer pressed his knee on or close to Floyd’s neck for what authorities say was 9-1/2 minutes. Floyd slowly went silent and limp.

Prosecutors played the footage at the earliest opportunity, during opening statements, and told the jury: "Believe your eyes." And it was shown over and over, analyzed one frame at a time by witnesses on both sides.

Julie Rendelman, a New York-based criminal defense attorney and former prosecutor, told Fox News she had been "confident" that the jury would find Chauvin guilty of the third-degree murder and second-degree manslaughter charges, noting: "The evidence put forth by the prosecution was overwhelming."

But Rendelman said second-degree unintentional murder, the most severe of the three charges, seemed "more difficult for the prosecution as they needed to prove he acted with actual intent to commit an assault beyond a reasonable doubt.

In an email to Fox News, she added: "This verdict clearly establishes that the jury believed that Chauvin’s egregious actions on that day were more than negligent, more than a depraved mind, but a deliberate and intentional decision on the part of Derek Chauvin to cause injury to George Floyd, thereby causing his death."

Meanwhile, Eric D. Anderson, whose legal career includes more than 150 jury and bench trials in state and federal courts, told Fox News he had not expected Chauvin to be acquitted across the board, but thought it might be possible that the trial would end in a hung jury.

"The defense was fighting the facts and the prosecution had to fight history," Anderson said.

Anderson defended Nelson for his handling of the case, saying he and the prosecution both did "a good job" in arguing their respective cases.

"We have an old saying, ‘We don't build them. We just fly them,'" Anderson said. "He was given a pretty ratty plane to begin with."

Fox News' Matt Finn and Ruth Ravve and The Associated Press contributed to this report.