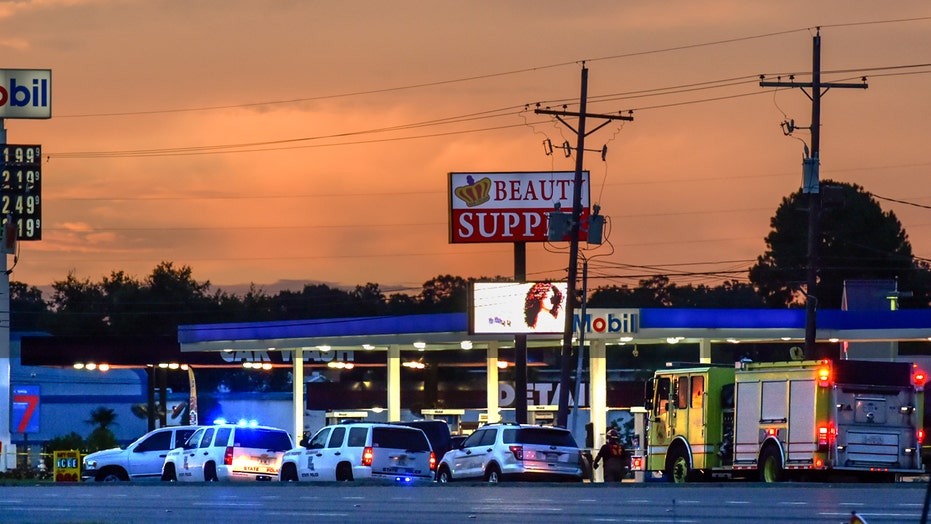 The Louisiana gunman who shot at a half-dozen Baton Rouge police officers Sunday, killing three of them, reportedly assumed an outspoken persona online who railed against the police and the shooting death of Alton Sterling.

Law enforcement sources told The Advocate that Gavin Eugene Long’s military records matches that of a so-called “spiritual advisor,” life coach and author named Cosmo Setepenra. The persona claimed to have been in Dallas during the protests of the deaths of Sterling and Minnesota man Philando Castile.

Long served in the U.S. Marine Corps for five years, starting in 2005. He was deployed to Iraq in 2008, according to The Advocate.

The paper reported that he posted a video in a YouTube series called Convos with Cosmos titled “Protesting, Oppression and how to deal with Bullies,” where he talked about Sterling’s death and the protests that came after it.

He had also posted a video urging his viewers and readers not to “get emotional” about the recent shooting deaths.

He also railed against the police in several tweets.

"You can't talk (or protest) the devil into changing his ways, this has never been done and never will,” Long wrote in another post.

The paper reported that Long authored self-help books and billed himself on his personal website as a “nutritionist, life coach, dietician, personal trainer, author and spiritual adviser.”

The University of Alabama confirmed to The Advocate that Long attended the school for one semester and made the dean’s list. A school spokesman told the paper that police didn’t have any interaction with him when he was a student.

He also earned an associate’s degree in General Studies at Central Texas College and spent over a year at Clark Atlanta University before dropping out and moving to Africa after a “spiritual revelation.”

Allison Padilla-Goodman, a director with the Anti-Defamation League in New Orleans, told The Advocate there hasn’t been credible information linking Long to any extremist groups.

We are currently looking into Gavin Long and his alias," she said, adding that there were still a ton of rumors surrounding him.

Baton Rouge and other cities across the nation have seen anti-police protests since the deaths this month of Sterling and Castile, two black men shot and killed by cops.

Sterling, 37, was shot and killed July 5 as he wrestled with two white police officers outside the Baton Rouge convenience store where he sold music and movies on compact discs. Police say he was armed.

Castile, 33, was shot and killed July 6 while in a vehicle with his girlfriend in the St. Paul, Minn., suburb of Falcon Heights.

On July 7, five Dallas police officers were gunned down in a sniper attack by Micah Johnson, 25, who was angry over the recent shootings by police and “wanted to kill white people,” according to authorities. Johnson was later killed by a police department robot.