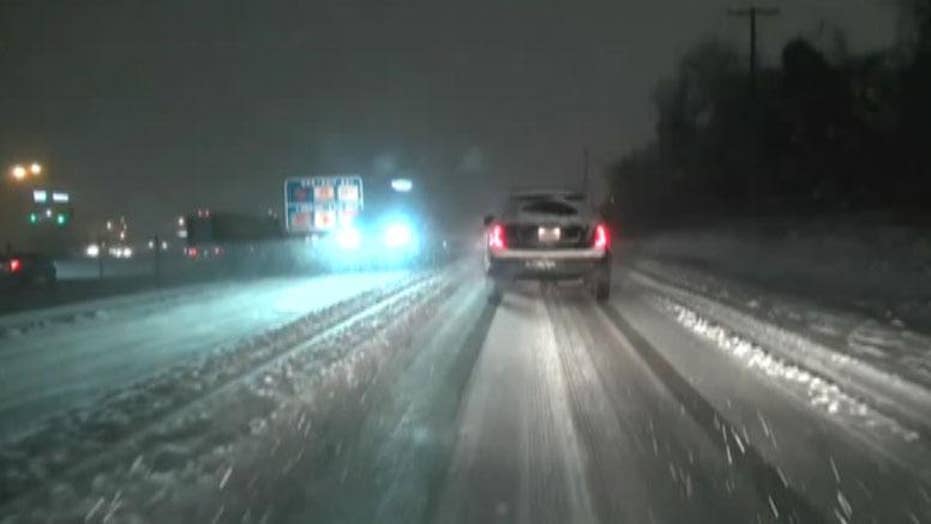 The winter storm dubbed “Gia” has turned deadly as authorities reported at least five killed in crashes as the storm sweeps across the Midwest.

The storm moved into Kansas and Nebraska from the Rockies on Friday, then east into Missouri and Illinois, covering roads and making driving dangerous. 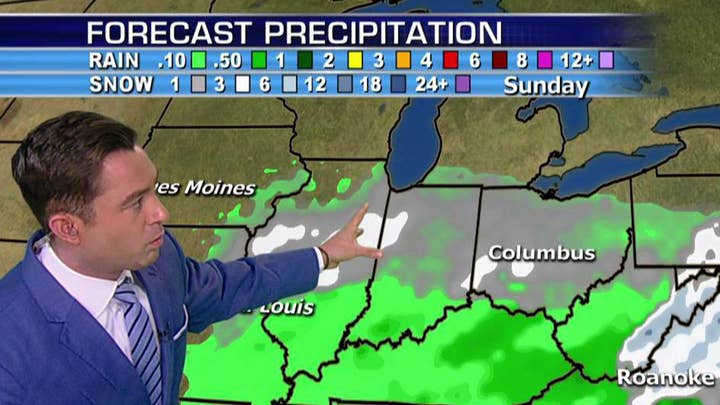 The Missouri State Highway Patrol tweeted that there were 58 crashes and three fatalities. They said among those killed in the crashes were a woman and her 14-year-old stepdaughter whose car slid into the path of a semitrailer on Friday in Clinton, about 80 miles southeast of Kansas City. Another woman died when her car slid on U.S. 24 in northern Missouri and was hit by an oncoming SUV.

They also said nearly 300 vehicles had slid off roads across the state and more than 175 crashes had been reported by late Saturday morning.

In Kansas, the Highway Patrol said a 62-year-old man died after his pickup truck skidded on the Kansas Turnpike and hit a concrete barrier. The patrol said another crash involving two semitrailers in snowy conditions killed a 41-year-old driver from Mexico.

WINTER STORM GIA FORECAST: MONSTER SNOWSTORM TO SPAN HALF THE US

The storm was expected to travel along a narrow 1,500-mile-long path stretching from the Midwest to the East Coast over the weekend.

On Saturday, officials reported nearly 11 inches of snow at Lambert International Airport in St. Louis, where most flights were canceled or delayed.

KOMU reported a plane slid off the runway at the Columbia Regional Airport in Missouri on Friday due to icy conditions. No one was injured in the incident.

Some 250 flights were canceled in the U.S. as of Saturday morning.

The National Weather Service has issued winter weather advisories for Missouri, as well as Illinois and Indiana.

“Just received an update this morning from Missouri Public Safety about condition across the state – very concerned about the situations in St. Louis on I-44, please stay off the roads until conditions improve,” he tweeted.