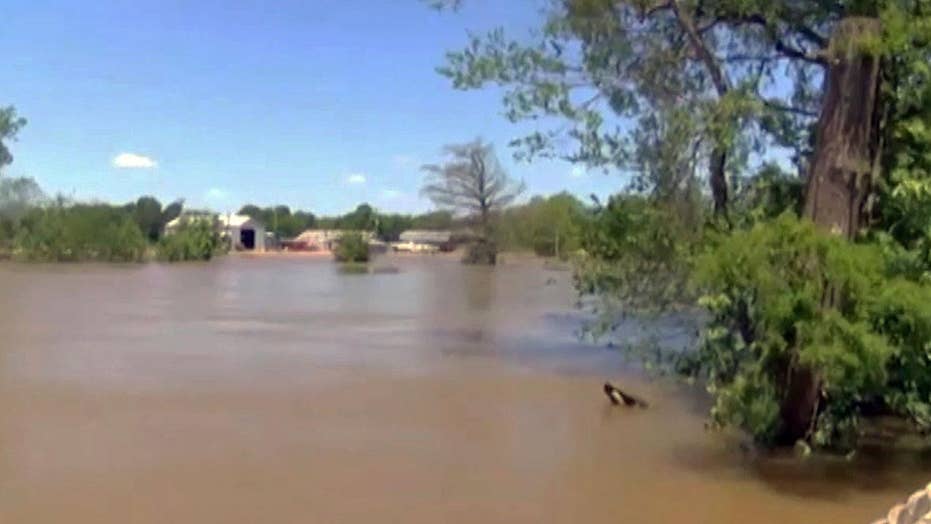 The Governor of Arkansas is requesting assistance for residents after severe flooding damaged homes, businesses and killed at least nine people last month.

In a letter to the director of the Arkansas Development Finance Authority (ADFA), Governor Asa Hutchinson asked for $5 million to help low-income residents pay rent.

“Many of those in need of housing lack financial resources to cope with the extra expense that comes with this crisis,” Hutchinson wrote in the letter sent on Tuesday.

If approved by the ADFA board, the money would be dispersed through the Tenant Based Rental Assistance program. Andrew Branch, the vice president of housing for ADFA, says the agency already has the $5 million on hand and board members will meet on Thursday to discuss approval of the funds. Branch says no further approval is needed from the U.S. Department of Housing and Urban Development, which funds the initiative through its Home Investments Partnerships Program.

“We have a lot of low income folks but those are the people that have the hardest time adapting to this kind of disaster,” Branch said. “They don’t have a safety net or any other kind of resources that there going to be able to just go rent an apartment somewhere or stay in a hotel long term.”

According to U.S. Census data, 19 percent of people in Arkansas live in poverty. Branch notes that a resident’s income must be below 80 percent of the area median income to meet requirements for assistance. He also says those who qualify can apply through local housing aid groups and could be placed in an apartment within a week if the board approves the measure.

Over 30 counties in the Natural State were affected by flooding. Governor Hutchinson has also requested leniency on federal rules surrounding the planting of rice in a letter to Agriculture Secretary Sonny Perdue on May 12.