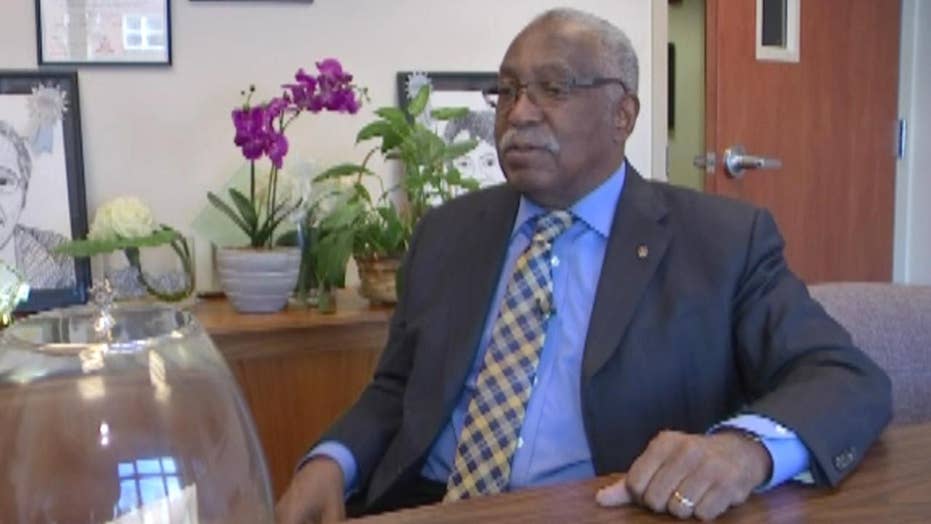 An historic Pennsylvania church is counting its blessings after someone donated several million dollars to pay off the church's mortgage.

Sunday services at the First African Baptist Church in Sharon Hill have been a staple in the town since 1903.

MICHIGAN MAN TO GIVE NEARLY ALL OF HIS $500,000 LOTTERY WIN TO PARENTS

“We are distinct in that we have the privilege of being in the community for a long time and we're very, very proud of what we do,” Pastor Richard Dent told Fox 29.

Pastor Dent explained that the historic landmark has grown in members and square footage over the last century, never predicting its biggest blessing would come this year.

"We got a call from Citizens Bank that said ‘you're free of your mortgage,’" Pastor Dent said.

The surprise call came in January, notifying Pastor Dent that the church’s $4 million mortgage had been paid in full by an anonymous donor.

“This is a blessing,” he said. “It's unexpected, but we just can't stop giving. We just gave the Lord the credit. This could not have been done without Him.”

Pastor Dent points out many people may not be aware that it takes money to run a church: the lights, the air conditioning and the heat all have to be paid.

The miracle in Sharon Hill was met with a symbolic gesture.

“This is the mortgage,” Pastor Dent said as he held up a burnt piece of paper. “We burned it in front of everybody.”

The church community rejoiced because, with this gift from a real life angel, the cherished landmark can remain well-preserved for years to come.

“In the black community, the church is the only thing we ever had to call our own,” Pastor Dent said. “When we couldn't go to Civic Center or Union League, we always had the church. It is here where our children learn how to speak, how to stand before audiences.”

The church's pastor of 32 years promises the multi-million dollar blessing will not be taken for granted.

Without having to cover the mortgage, the church told Fox 29 it can put its money towards additional upgrades and services like buying new transport vans to help church members get to and from their doctor's appointments.