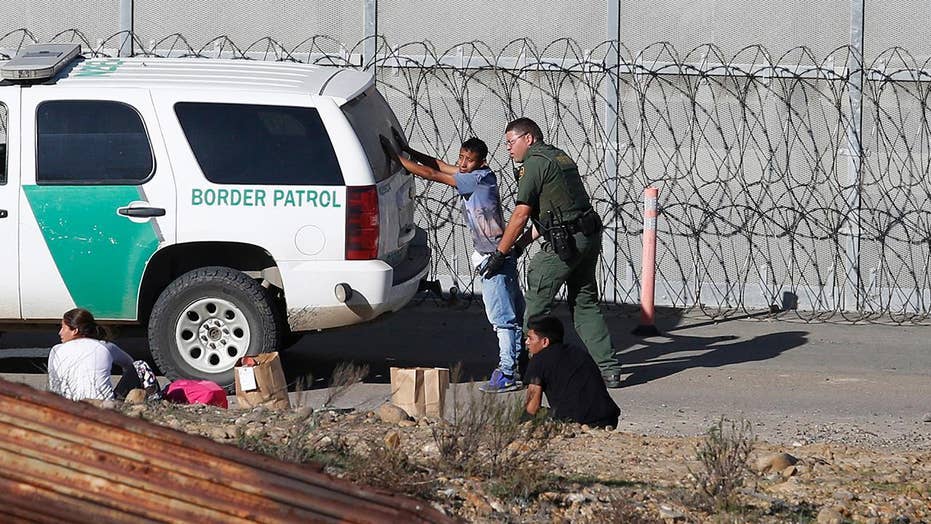 The economics of the border wall

Border agents arrested a known MS-13 gang member and a convicted sex offender at the U.S.-Mexico border this week.

The first incident involved a 46-year-old Mexican national who entered illegally Wednesday evening.  According to a Customs and Border Protection (CBP) press release, Ajo Station agents discovered during processing that the man was convicted in Arizona in 2002 of unlawful sexual conduct with a minor.

On Thursday, border agents with the Nogales Station arrested a 24-year-old Salvadoran. After undergoing a criminal history check, officials learned the suspect, a known member of MS-13, was a felon previously removed from the country.

The government partially shut down Saturday after lawmakers were unable to pass a funding agreement because of an impasse over money for a border wall -- a central campaign pledge by Trump when he ran for president.