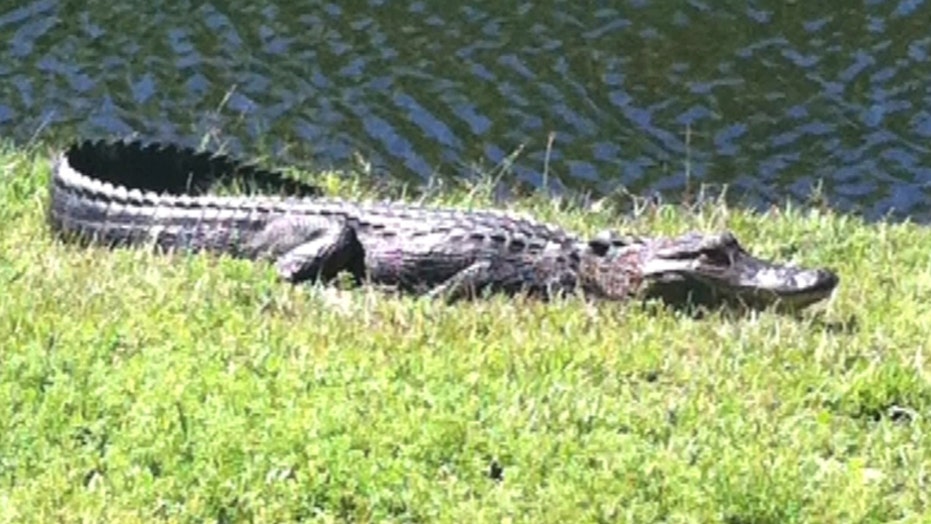 Alligator found with body in its mouth near Florida lake

Police have not determined cause of man's death

Authorities in central Florida are trying to figure out how an alligator got ahold of a dead body Tuesday near a lake.

Lakeland police said they first received a 911 call in the morning after someone reported seeing the alligator with a body in its mouth on the shore of Lake Hunter.

Police said the body found Tuesday is that of a male, and preliminarily appears to have been deceased for at least a day. Lakeland is located about 35 miles east of Tampa.

“It appears – prematurely, a little early – that maybe this body was in the lake more than a day from looking at the body,” said Lakeland police spokesman Sgt. Gary Gross in a video from the scene. “It doesn’t appear to have just occurred.”

LIVE on #Periscope: Body pulled out of the lake in Lakeland - Police Investigation https://t.co/R5yPcm33zS

When officials arrived at the scene, the alligator let go of the body and swam away, police said.

Watch on #Periscope: Body pulled out of the lake in Lakeland - Police Investigation https://t.co/lVQqr9s5gH

It wasn't known if the alligator killed the person or simply found the dead body. Gross said a medical examiner will have to determine the cause of death.

Officials from the Florida Fish and Wildlife Conservation Commission responded to the scene and will attempt to trap the alligator, Fox 13 reported.