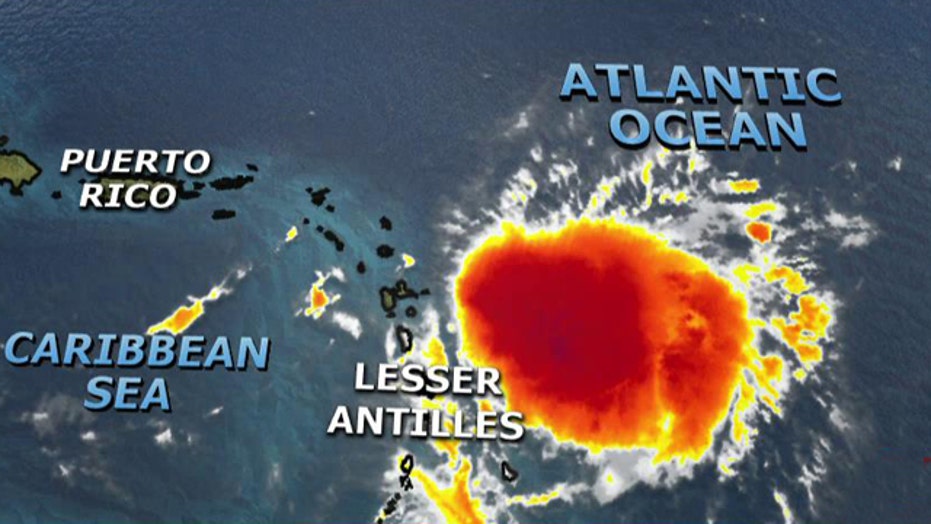 Authorities in the small Caribbean island Dominica said Thursday that four people were killed as fast-moving Tropical Storm Erika pounded the island with high winds and rain as it headed toward Puerto Rico.

Officials shuttered schools, government offices and businesses across the region and warned of flash flooding because of extremely dry conditions caused by the worst drought to hit the Caribbean in recent years. Authorities warned power and water service might be temporarily cut off.

On Thursday morning, Erika was located about 85 miles west of Guadeloupe and was moving west at 16 mph with maximum sustained of 50 mph, according to the U.S. National Hurricane Center in Miami.

The hurricane center said Erika would move near Puerto Rico and the Virgin Islands on Thursday and be near or just north of the Dominican Republic on Friday. The storm was not expected to gain strength in the next two days.

"We're happy given the dry conditions, but it does highlight the need to be on alert," he said, adding that heavy downpours could lead to flash floods.

The storm did not generate much wind as it moved south of Antigua, but people should prepare for heavier rains once the system moves further west, said Philmore Mullin, director of Antigua and Barbuda's National Office of Disaster Services. He said in a phone interview that no damage or power outages had been reported.

Tropical storm warnings were issued for Puerto Rico, the U.S. and British Virgin Islands and the Leeward Islands. A tropical storm watch was in effect for the northern Dominican Republic, the Turks & Caicos Islands and southeastern Bahamas.

Erika was expected to dump between 3 to 5 inches of rain, and up to 8 inches in some areas.

The storm was expected to be near South Florida by Monday, according to James Franklin, chief hurricane forecaster at the Miami-based center. But its intensity was still uncertain.

"We don't know how much of the storm will be left," he said, adding that it faces strong upper-level westerly winds in the next two to three days.

Meanwhile in the Pacific, Ignacio strengthened into a hurricane. The storm's maximum sustained winds increased Thursday morning to 85 mph.

Hurricane Ignacio was centered about 1,205 miles east-southeast of Hilo, Hawaii, and was moving west-northwest near 13 mph.

Also in the Pacific, a new tropical storm formed Thursday morning. Tropical Storm Jimena had maximum sustained winds near 40 mph and was expected to strengthen to a hurricane Friday. Jimena was centered about 845 miles south-southwest of the southern tip of Mexico's Baja California peninsula.