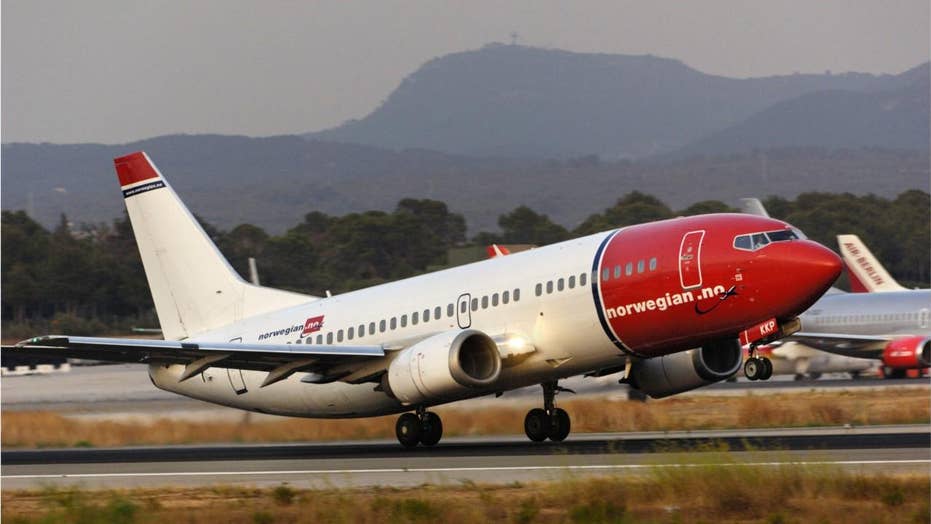 Engine parts fell 'like bullets' on neighborhood in Italy, damaging cars and rooftops.

Italian authorities are investigating after debris that detached from a departing Norwegian Air flight allegedly rained down “like bullets” on a neighborhood just outside of Rome.

Locals in Isola Sacra, a neighborhood in the city of Fiumicino, south of the Rome-Fiumicino International Airport, said pieces from the plane damaged cars, rooftops and awnings, and one even reported being burned by a shard that fell from the sky.

PHOTOS: FLIGHT ATTENDANT FIRED FOR ALLEGEDLY BEING DRUNK DURING FLIGHT

“They were like bullets,” one witness told Italy’s Il Messaggero, per a translation from The Sun. “My shirt was on fire.”

Photos from the damage shared on social media and aviation blogs show several of the shards, which are described as being between 2 and 4 inches long, as well as some of the damage they caused to car windshields.

The airline says the flight, which departed for Los Angeles on Aug. 10, safely returned to Fiumicino after experiencing a “technical issue a few minutes after take-off,” but would not specify what the issue was. A news release shared by Italy’s National Agency for Flight Safety, which is currently investigating, blamed “engine problems” for the incident.

The aircraft, a Boeing 787, was taken out of service.

The airline also confirmed that the 298 passengers aboard the flight were reaccommodated on other flights, while reiterating the carrier's commitment to safety.

“The safety of customers and crew is always our main priority. We are actively collaborating with Aeroporti di Roma and the Italian authorities in the investigation," reps for the airline wrote in a statement obtained by Fox News. "As it is an ongoing investigation, we cannot comment of specific aspects of this event."

On Facebook, however, Fiumicino Mayor Esterino Montino said the incident has renewed concerns over the planes’ trajectories, and claimed that the airport had “disregarded” a former agreement to not use that particular runway in the mornings or at night.

Montino also said the incident calls for an “urgent” meeting with the Italian Civil Aviation Authority, the Ministry of Infrastructure and Transport, and the Aeroporti di Roma “to address and resolve the issue and secure homes and people.”

A representative for the Italian Civil Aviation Authority was not immediately available to share details of the ongoing investigation.