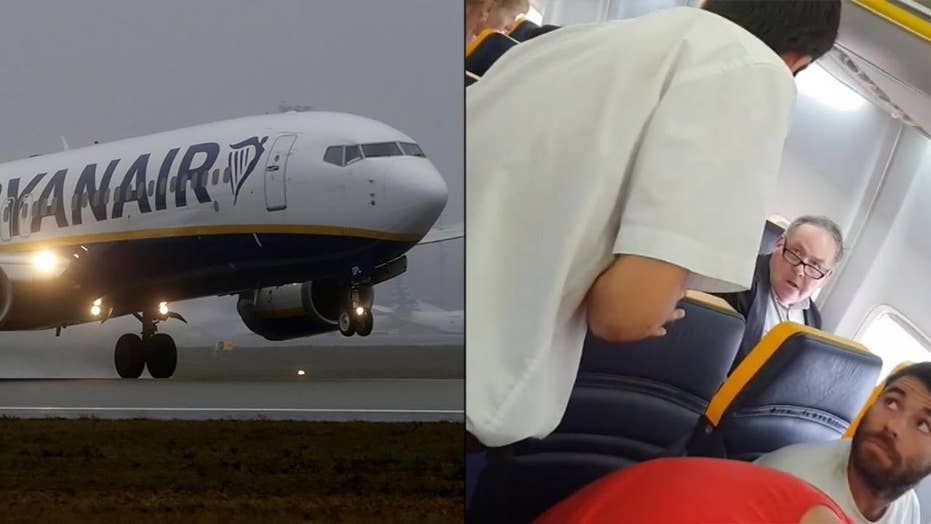 A Ryanair passenger who was filmed calling his seatmate an “ugly black bastard” will not face charges for his outburst, according to reports.

Footage of David Mesher, 70, first went viral in October after he was recorded using racist language against Delsie Gayle, 77, warning the woman not to speak in “a  f---ing foreign language” on a flight from Barcelona to Stansted Airport, near London.

Police in Essex has reportedly passed along Mesher’s information to Spanish authorities, but officials say the outburst took place in Spain, leaving English authorities with no option to charge Mesher, the BBC reported Monday.

Officials in Essex said the Crown Prosecution Service (CPS), which prosecutes criminal cases for the police in England and Wales, said they “did not have the jurisdiction to advise on any charging decision.” A spokesperson for the CPS told the BBC that Essex police had not formally filed the incident with the CPS. It is unclear if police had not filed based on information obtained from CPS.

Police are now reportedly in contact with Spanish legal authorities to determine if alternative options exist, according to the outlet.

Travelers had initially called for a boycott of the airline after fellow passenger David Lawrence shared the aforementioned footage last year, with critics condemning the airline for not removing the man from the flight, or making him switch seats, rather than the woman who was the target of his tirade.

Lawrence’s video showed the man, not identified as Mesher, loudly insisting that the woman be moved from his row, at one point threatening to move her himself.

According to Gayle’s daughter, who spoke with Huffington Post U.K. shortly after the incident, the altercation began after her elderly mother took too long for the man’s liking to rise from her seat and allow him into the row, as she suffers from arthritis.

Mesher later appeared on “Good Morning Britain” and said he was not a racist, but had rather let his temper get out of control.