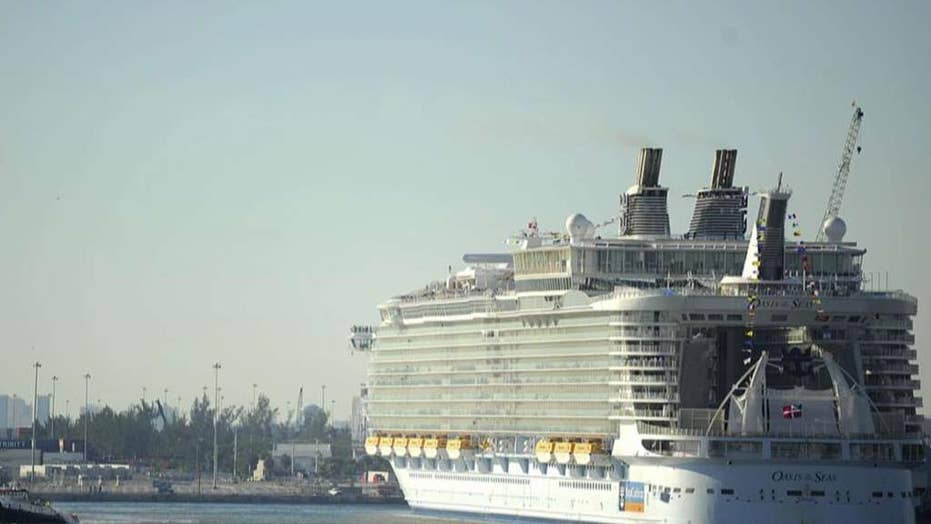 Crane collapses onto cruise ship in the Bahamas

The crane reportedly fell on the Royal Caribbean's Oasis of the Seas while it was in dry dock near Freeport.

Officials for Royal Caribbean Cruises canceled three upcoming sailings for the Oasis of the Seas ship after a construction crane mysteriously crashed onto the vessel while it was dry-docked in the Bahamas. Eight people suffered non-life threatening injuries as a result of the April 1 incident.

Passengers booked to travel on the Oasis’ April 7, April 14, and April 21 trips have been fully refunded and given a credit for a future cruise, a rep for the cruise line told Fox 35.

"Oasis of the Seas will head from the Grand Bahama shipyard to be serviced at facilities in Cadiz, Spain," spokesperson Melissa Charbonneau said. "She will then resume her scheduled itineraries, beginning with the May 5 sailing from Barcelona."

On Monday, a crane toppled onto the $1.5 billion ship when it was docked in the Grand Bahama Shipyard in Freeport. No passengers were on board at the time of the crash, according to Royal Caribbean and the cause of the fall remains under investigation.

"Oasis of the Seas will head from the Grand Bahama shipyard to be serviced at facilities in Cadiz, Spain," spokesperson Melissa Charbonneau said. "She will then resume her scheduled itineraries, beginning with the May 5 sailing from Barcelona."  (iStock)

Passengers set to sail on the three canceled trips were upset to learn that they were forced to say “bon voyage” to their highly anticipated cruise excursions, and sounded off on Twitter.

“I don’t care if the aqua arena or if even the whole back part of the ship is closed off. Please please don’t cancel the cruise my family had been saving up and planning this for the past year,” one commenter begged.

“Our cruise out of Port Canaveral on the #oasisoftheseas next week is not looking promising. Can’t go into anymore details. My family is devastated,” another lamented. “We’ve been planning our 10th anniversary for 8 months and just like that down the drain it goes.”

“My family is absolutely devastated about our spring break trip being canceled with @RoyalCaribbean on #oasisoftheseas. Understand the situation was out of their control, but we are heartbroken,” another agreed.

The 1,187-foot long Oasis of the Seas made its maiden voyage in December 2009. With a maximum capacity of 6,780 guests and 2,200 crew members, it is one of the largest cruise liners in the world.

Reps for Royal Caribbean did not immediately return Fox News’ request for additional comment on the story.