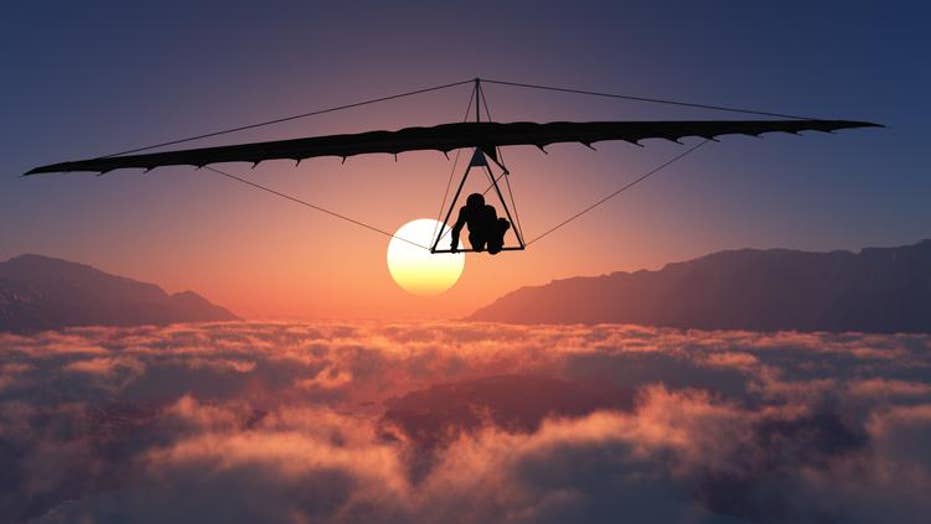 Hang-glider forced to hold on for his life

Hang-glider forced to hold on for his life after the pilot forgets to attach his safety harness to the glider.

One Florida man vacationing in Switzerland was forced to hang on to his hang glider for dear life after the pilot reportedly forgot to attach the man to the aircraft, compelling him to clutch onto the glider with his bare hands at 4,000 feet for more than two minutes, in order to avoid what would likely have been a fatal fall.

The incident unfolded on the first day of Chris Gursky’s recent trip abroad to Interlaken, footage which he jokingly titled “Swiss Misshap” and shared to YouTube on Nov. 26. The clip has since gone viral with over a million views.

“My first time hang gliding had an unexpected twist when I left the ground unattached from the glider,” Gursky captioned the clip of his “near death experience,” The Sun reports. “Warning - content may by disturbing to some, including my wife.”

PASSENGER’S ‘TERRORIST’ JOKE GETS HIM REMOVED FROM FLIGHT, DETAINED

“For 2 minutes, 14 seconds I had to hang on for my life!” he wrote of the scary scene, in which he hangs onto the glider as the aircraft soars at top speeds over a verdant valley, before coming to a crash landing.

Gursky tore his left bicep tendon in the crash, and had to have surgery on his wrist in the wake of the accident.

The adventurer is apparently in good spirits, however, saying that his miraculous story “beats the alternative.”

“I will go hang gliding again as I did not get to enjoy my first flight,” he wrote in the YouTube video.

Meanwhile, the president of the Swiss Hang Gliding Association has since described the tale as “horrifying”.

“This is such a basic mistake,” Christian Boppart told Swiss news site The Local. “On the one hand, it’s tragic and then on the other hand, they were lucky. It could have been much worse,” he said.

“The sort of mistake in the video is what you learn in your first hour of training,” he continued. “It’s hard to understand what happened.”

Switzerland’s Federal Office of Aviation is aware of the incident, and has the power to investigate, and possibly suspend the unnamed pilot’s license moving forward, The Local reported.

"This is why I never leave my apartment,” another agreed.