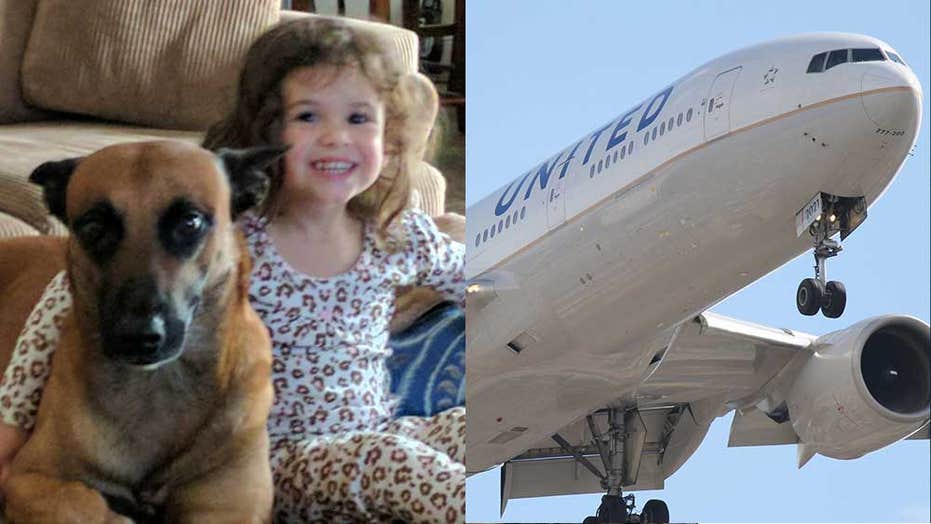 A distraught pet owner believes United Airlines is responsible for the death of his beloved dog, claiming the animal succumbed to heatstroke following a 2017 flight.

“He was fried — they literally fried him,” John Paul Ciancimino, 45, told The Sun.

Ciancimino’s dog, Rock, a Belgian Malinois, was en route from Boston to Fort Lauderdale when the alleged incident occurred, per the outlet. During a stop in Newark, N.J., the carrier says an employee discovered Rock had escaped his kennel and caused injury to himself, at which point he was transferred to a local animal hospital, where he passed away.

Ciancimino, however, seems certain his dog died due to heatstroke after being left in the hot cargo area. A veterinarian’s report, shared by Ciancimino's lawyer, recorded Rock’s “antemortem body temperature” to be at 106 degrees F, suggesting that "heatstroke led to the death of this dog."

“He was completely blind by the time they found him,” claims Ciancimino, who added that his two children, Jon, 9, and Alysse, 5, were “devastated” by the loss.

Ciancimino says his two children, Jon, 9, and Alysse, 5, were “devastated” by the loss of Rock. (Oshan & Associates)

In a statement shared with Fox News, United Airlines claims to be in contact with Ciancimino, and has said it would be covering the dog’s travel and medical costs.

“We were saddened by Rock’s passing in August 2017,” United wrote. “Our PetSafe team is committed to the safety and comfort of all the pets that travel with us. Upon Rock’s arrival in Newark, our team discovered that the dog had injured himself while chewing through and escaping his kennel during the flight. We immediately transported Rock to a local animal hospital for medical care, where he passed away.

“When this unfortunate passing occurred, we were in contact with the customer and refunded the travel costs, as well as covering all related veterinary bills.

“In 2018, we completed a full review of our PetSafe service and put in additional protections to further ensure the overall safety and well-being of all the animals that travel with us.”

In an email to Fox News, Ciancimino’s lawyer, Evan Oshan, said he’s “not so sure” that United is “committed to doing the right thing in regards to animals.”

“The airline industry needs to understand that dogs are living creatures and family members," said a lawyer for the dog's owner. "They can no longer hide behind their position that a dog is simply cargo or luggage." (Oshan & Associates)

Oshan also called for the results of the airline’s investigation.

“The airline industry needs to understand that dogs are living creatures and family members. They can no longer hide behind their position that a dog is simply cargo or luggage,” wrote Oshan.

“I want the results of their investigation into the death of Rock. Rock was a specimen of health when he boarded the United Flight!”

As of Monday, Ciancimino's attorney claims they had not received compensation for Rock, or the $68,000 Ciancimino claims to have spent on the dog’s training.

“A blanket statement of condolences is simply not enough and in fact an insult,” his lawyer said.