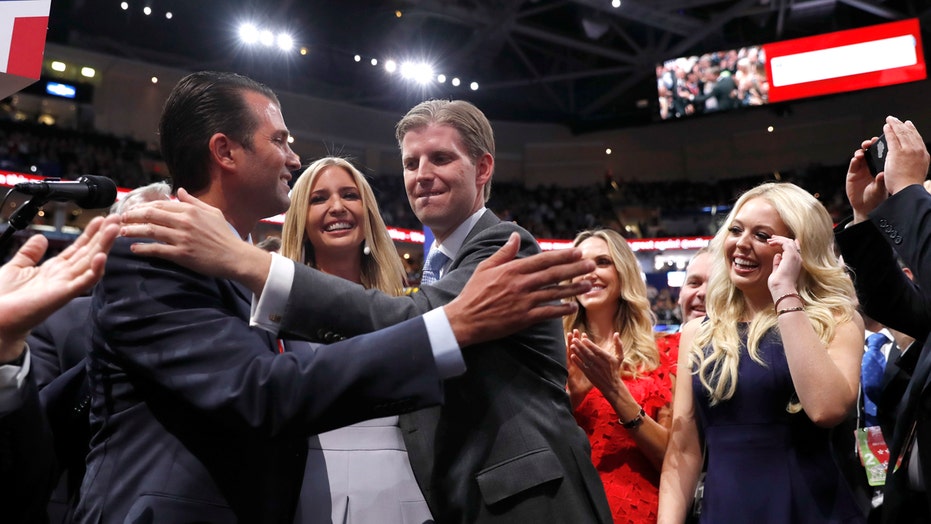 Highlights from the second night of the RNC

WITH the Republican National Convention in full swing in Cleveland, Ohio this week, the locals have been capitalising on their hometown’s place in the international spotlight, and are making a quick profit out of the surge of visitors who have descended upon the city.

Residents, acknowledging the overwhelming demand for accommodation during the four-day event, took to Airbnb to rent out their homes, apartments, and empty bedrooms to the 50,000 people who have flocked to Ohio’s second-largest city.

The popular short term rental site anticipated more than 1,400 guests would rent through its service for the GOP convention, which is a 400% increase compared to the weeks either side of the event, Salon reports.

Hotel rooms and apartments surrounding the Quicken Loans Arena in downtown Cleveland were booked out months in advance of the RNC, so convention-goers naturally turned to Airbnb for an alternate last-minute place to stay.

The average asking price for a rental in Cleveland this week was as high as $1,200 per night. Next week, prices drop to as low as $81 per night.

Some Airbnb users were seeking rates as high as $10,000 per night, particularly for apartments in the direct vicinity of the arena, where all the action is taking place. A quick search of Airbnb rentals produced a downtown two-bedroom apartment with sweeping views of the city, listed at $4,100 per night. A three-bedroom penthouse apartment, within walking distance to the RNC was posted on the site for an eye-watering $13,800 a night!

To provide some context, the 2014 American Community Survey estimated median housing costs for Cleveland renters at around $880 per month.

Similarly, hotels and even budget motels closer to the outskirts of the city have jacked up their prices for the convention, with a two-star motel in downtown Cleveland charging a whopping $1,330 per night with a continental breakfast thrown in, compared to their regular price of $120 per night.