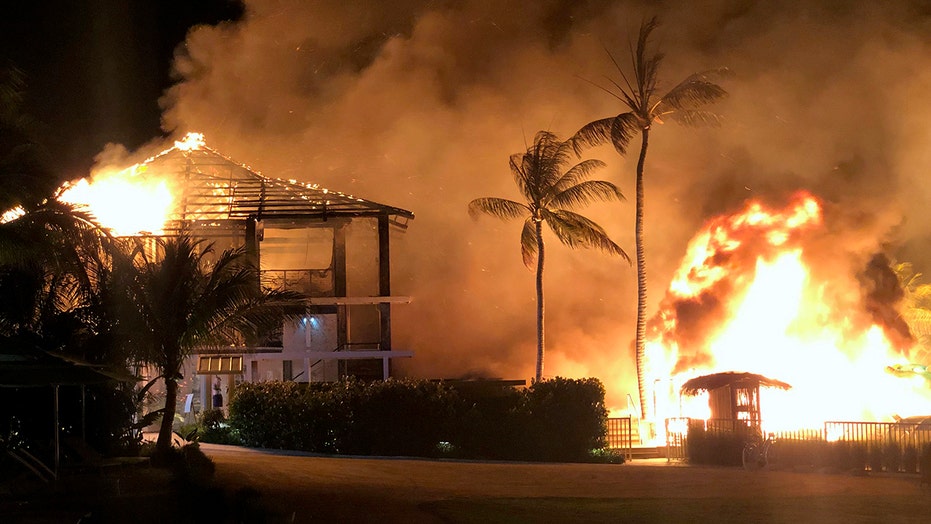 FIRE RIPS THROUGH PRINCESS CRUISES’ PRIVATE ISLAND IN THE BAHAMAS

The fire broke out at the relatively new Bungalows resort in Key Largo around 4:30 a.m. in the main building — which houses the restaurant, bar, spa and lobby for the resort.

Monroe County firefighters and Sheriff’s Office deputies arrived at the scene approximately at 5 a.m., officials stated. According to The Miami Herald, firefighters continued to pour water on smoldering debris well into Monday afternoon.

The fire was isolated to the Beach House and no bungalows were affected by the blaze. (Florida Keys Sheriff)

“The upstairs is completely destroyed,” Chief Don Bock, with the Key Largo Volunteer Fire Department, said Monday to the Herald. “And the downstairs has a lot of water damage.”

The resort, which opened in December, confirmed in a statement on its website that the fire was isolated to the Beach House and no bungalows were affected by the blaze.

All guests were reportedly able to evacuate safely with no serious injuries.

Officials are still investigating the cause of the fire.

The Bungalows shared where the damage was sustained on the property. None of the Bungalows were reportedly affected by the blaze.  (Bungalows at Key Largo)

“At this time, the investigation remains open and ongoing,” Alecia Collins, spokeswoman for the Fire Marshal, said in a statement, the Herald reported. “A final determination into the cause, nature and origin of this fire incident remains under investigation.”

Bungalows resort said in the statement that it will remain closed until further notice and is working to rebook guests who had existing reservations.