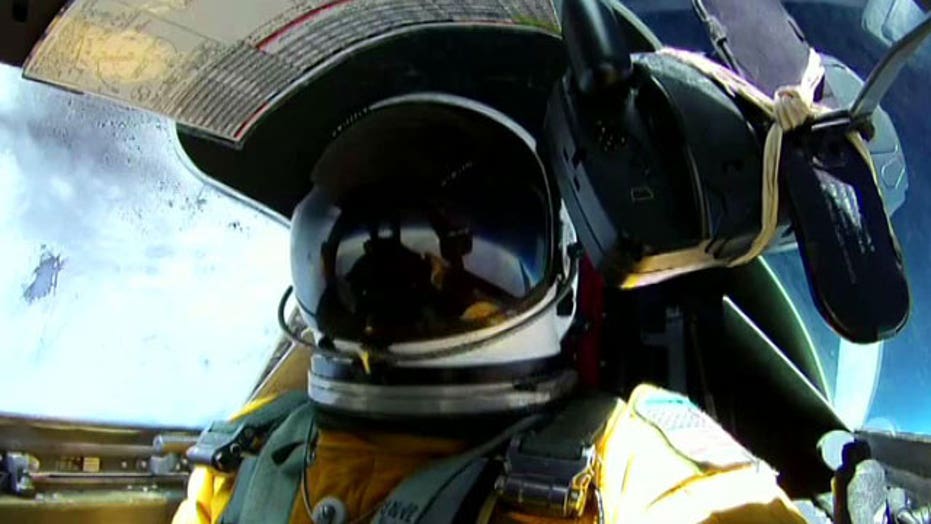 Nearly 60 years after first taking to the skies, the U-2 spy plane continues to roam the edge of space while conducting important reconnaissance -- and its pilots can now eat like gourmets thanks to a new five-star in-flight menu.

For these elite U.S. Air Force and NASA pilots, an entire meal, from bacon and hash browns to beef stroganoff and Key lime pie, is contained in something that looks like a toothpaste tube.

Also known as the “Dragon Lady,” the U-2 flies at 70,000 feet gathering surveillance data anywhere in the world with more flexibility than satellites. Built by the illustrious Lockheed Martin Skunk Works group and entering service in the late 1950s, the U-2 has been a national treasure for more than 50 years.

Today’s model is 33 percent larger and carries four times the intelligence collection payload than the originals, with a wide variety of sensors. U-2s provide many key capabilities, from aerial eavesdropping to surveying dirt patterns in Iraq and Afghanistan to flag signs of hidden IEDs.

NASA also uses the U-2 as a high-tech, high-altitude platform for research, including physics experiments.

When pilots fly at these extreme high altitude conditions, they need to wear a pressurized suit and helmet. Pilots are fitted into the four-layer suits by two technicians and then shoehorned into the cockpit.

Once suited, under pressure and connected to oxygen, there's no movement inside the cockpit; even something as simple as swallowing is not the same as it is on the ground and needs to be a conscious deliberate act. The U-2 is capable of very long flights so pilots can find themselves in a very small cockpit in these restrictive suits for twelve hours at a time.

And when you’re flying at the edge of space, it is not exactly the time or place to get out the knife and fork and tuck into a steak.

To sustain the pilots and maintain concentration, tube food was designed to let pilots eat in these special suits without taking off the helmet. The silver meal tubes are attached to feeding probes and inserted through ports in the helmets – and the cockpit is even equipped with meal heaters.

The scientists behind the menus
For five decades, the Natick Soldier Research, Development and Engineering Center’s Department of Defense Combat Feeding Directorate has been creating tube food for these pilots.

Three years ago, the Air Force asked CFD to modernize the menu of 15 meal options, which are encapsulated in toothpaste-like tubes and range from entrees and desserts to soups and meats.

Just about any food is fair game for tubing. The team has made a range of popular options, including chocolate pudding, chunky apple pie and more.

In advance of their missions, pilots get to choose their selections and order their tubes.

Pilots were given the opportunity to identify four new products they’d like to eat and then the Air Force asked Natick to make the winners.

Breakfast bacon with hash browns, beef stroganoff, Key lime pie and peach melba have now all been added; the 15 existing options on the menu also underwent a makeover.

Accomplishing a series of “Top Chef”-worthy tasks, Natick introduced a new approach to tube food by building layers of flavors, and worked hard to ensure texture rather than making it all baby food puree.

They hope to introduce other modern meals -- even chicken tortilla soup.

Portion size does vary by tube, but each meal is about 5 ounces, between 130 and 300 calories per tube, and designed to give pilots the sustenance they require.

So how do they make it?
To convert a desired meal into a tube meal option, Natick’s scientist-chefs (on the “Food Processing, Engineering and Technology Team”) break it down into elements and create a flavor profile.

Starting with the actual meal -- bacon and hash browns, for example -- they taste it and write down all the flavors, spices and textures. Next they blend the meal into liquid, tasting it again to compare the difference between the liquid and solid versions.

In the final stage, they put the liquefied meal through a “thermal preserving process” and taste it again.

The team then adapts the recipe so that it can be put in the tube and taste like the original. Similar to canning, the tube food is kept fresh from spoiling by using heat to preserve it, rather than preservatives. These tubes can then last about three years at 80 degrees.

Natick supplies a whopping 28,000 tubes annually of the food to support about 100 pilots.