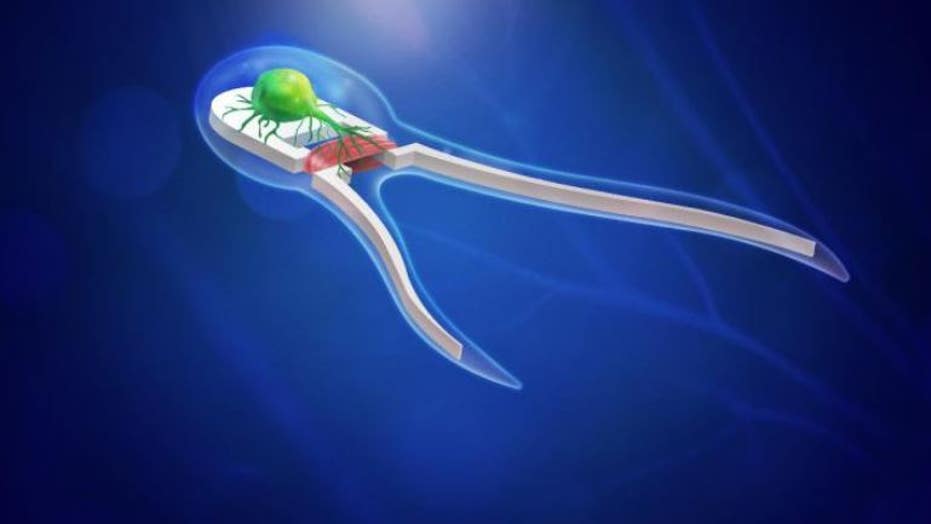 Researchers have developed soft robotic devices that are driven by neuromuscular tissue that gets triggered when stimulated by light.

Their work, published Monday in the Proceedings of the National Academy of Science, brings the field of mechanical engineering one step closer to creating autonomous biobots.

The researchers were able to demonstrate a new generation of two-tailed bots powered by skeletal muscle tissue that's been stimulated by on-board motor neurons. Those neurons will fire up to actuate muscles upon exposure to light, making them optogenetic. according to the study's findings.

"Give the fact that biological actuators, or biobots, are not as mature as other technologies, they are unable to produce large forces. This makes their movement hard to control," said Mattia Gazzola, University of Illinois at Urbana-Champaign professor of mechanical science and engineering, in a statement.

Another researcher involved in the study said their work opens up other possibilities for using these types of biobots to benefit the general public.

"The ability to drive muscle activity with neurons paves the way for further integration of neural units within biohybrid systems," Taher Saif, a mechanical science and engineering professor at the Univerisy of Illinoir at Urbana-Champaign, said. "Given our understanding of neural control in animals, it may be possible to move forward with biohybrid neuromuscular design by using a hierarchical organization of neural networks."

The scientists envision potential applications in the areas of bioengineering, medicine and self-healing materials technologies.