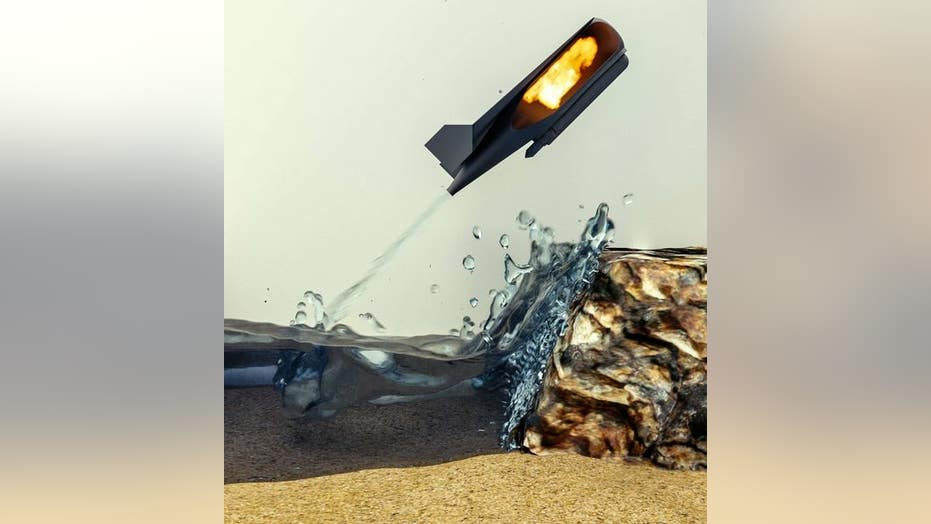 A bio-inspired robot can use water from the environment to launch itself into the air, British researchers revealed.

The robot can travel 85 feet through the air after taking off and researchers believe it could be used to collect samples in hazardous or otherwise cluttered environments, such as during a major flood.

Researchers from the Aerial Robotics Laboratory at Imperial College London devised a system that requires only 0.2 grams of calcium carbide powder in a combusion chamber, with the only moving part being a small pump that delivers water from the environment where the robot sits.

The water and calcium-carbide powder then combine in a reaction chamber, producing a burnable acetylene gas -- which then pushes the water up as a jet and propels the robot clear out of the water.

“Water-to-air transition is a power-intensive process, which is difficult to achieve on a small-scale flying vehicle that needs to be lightweight for flight," lead researcher Dr. Mirko Kovac, director of the Aerial Robotics Laboratory at Imperial College, said in a statement.

“We have used water-reactive chemicals to reduce the materials that the robot needs to carry. Since the chamber fills passively and the environmental water acts as a piston, we can create a full combustion cycle with only one moving part, which is the pump that mixes the water with the fuel," he explained.

The researchers tested the robot in a lab, in a lake, and in a wave tank, discovering that it can escape from the water's surface even under relatively rough conditions.

Raphael Zufferey, first author on the paper said in a statement: "These kinds of low-power, tether-free robots could be really useful in environments that are normally time- and resource-intensive to monitor, including after disasters such as floods or nuclear accidents."

Details about the robot were published in Science Robotics.