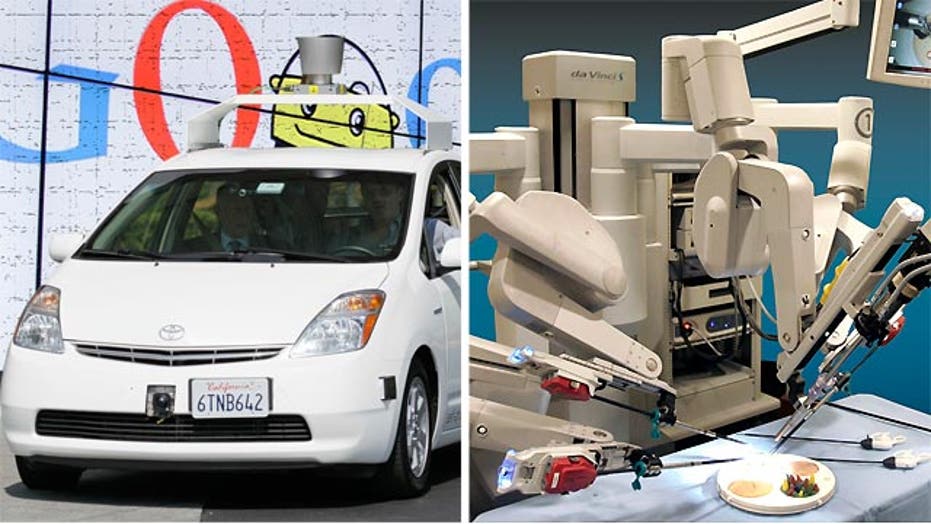 Smart cars and robot surgeons could be headed our way

Will self-driving cars take us to our jobs of the future?

Will self-driving cars take us to our jobs of the future?

When we were kids, we dreamed of becoming doctors, lawyers, astronauts.  Now the future generation has a new group of jobs to choose from thanks to advancements in technology.

"Telesurgeons will specialize in performing surgeries on patients in far off locations," Mashable.com writes. "In addition to a degree in medicine, these surgeons will have backgrounds in robotics and telecommunication technology." Imagine a robot taking out your tonsils?

Google self-driving cars can now recognize hand gestures. The smart cars will stop if it sees a cyclist's hand wave and will wait for the pedestrian to pass, Engadget reports. Additionally, "the rides can also now spot pedestrians from behind, will slow for on-road construction and won't enter a railroad crossing until the exit is clear."

The military may not be as technologically advanced as you thought. CBS' "60 Minutes" did a feature on the Air Force which showed antiquated tech like floppy discs being used for nuclear missile silos. The reasoning behind this: it's tried and true technology. After a decade of using it, it still works and keeps us safe this.