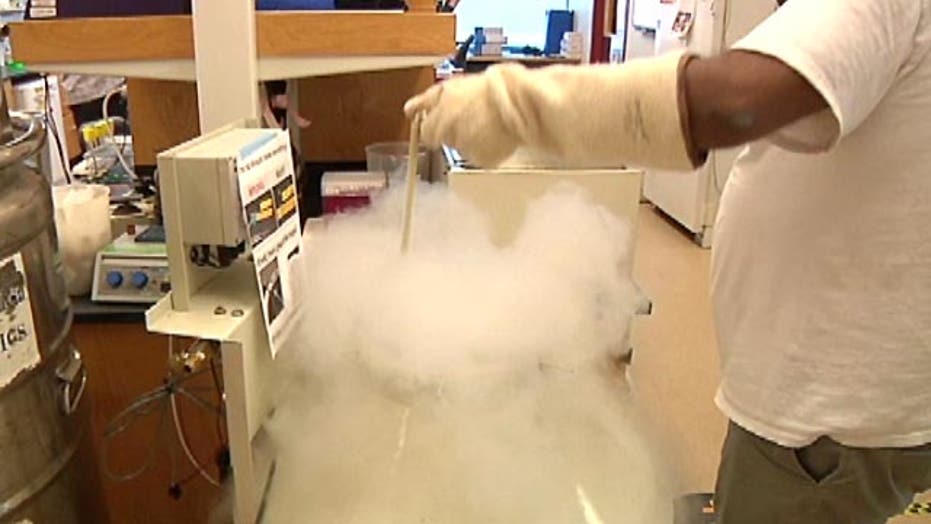 A powerful new technology is causing scientists to pause

Hillary Vaughn reports on the latest tech that could prevent Malaria

A powerful new technology could be used to manipulate nature by changing a species gene pool through reproduction, and it has scientists proceeding with caution.

The technology is called “gene drive” by Harvard scientists who say it allows them to “edit” genes in wild organisms. Dr. Kenneth Oye, a professor at Massachusetts Institute of Technology, says gene drives are a game changer. “Gene drives cheat, they play a game," he explained. "They bias inheritance so the odds of the gene being passed on are raised substantially.”

For scientists, the possibilities of the technology are great. Gene drive lets researchers permanently block mosquitoes’ ability to spread malaria. It can also be used to alter ticks, reducing the spread of Lyme disease. “But its not just malaria - any disease spread by mosquitos we can combat in this way," said Oye. "So that means dengue, that means yellow fever, that means, potentially closer to home, West Nile Virus.”

Because the technology has the potential to alter entire populations on a global scale scientists are proceeding with caution. The Harvard group is calling for public debate on the wisdom and safety of the technology before moving forward. “Ethically I think it's an open and shut case. A slam dunk. That if you’re going to be taken actions that potentially affect the world, the world has a little voice in this”, said Oye.

For scientists the extent of the risk - and consequences associated with the technology are unknown.  Scientists say that if this tech goes awry, it could mean accidental extinction for entire species, or unpredictable gene re-mutations spreading cross-species. Kevin Esvelt, lead scientist in the research group, says the technology needs to be used wisely. “Yes, we should be concerned. We should come together and discuss this because it has the potential to do a great deal of good, but it could also do harm if we use it unwisely.”

But scientists say they have a plan B if something goes wrong. “We can release a second drive that will undo that alteration and restore it pretty close to exactly the same sequence as it was originally”, said Esvelt. But he warns the fix isn’t absolute. “Now that doesn’t mean that it’s going to reverse all the potential ecological effects of that original change. But it does mean that we can take precautions.”

The technology has even made waves internationally. A United Nations meeting of experts on biological weapons convened to review the benefits and potential implications of gene drive. Dr. Oye, who presented the tech to international delegates gathered in Geneva, said the tech especially piqued the interest of delegations from Malaria-inflicted regions. “The reaction at Geneva from the biosecurity experts, these are the hard core folks, was very, very positive,” he said.

Developers of the tech say it's still in the developmental stages, but scientist George Church says field trials could be just around the corner. “This technology could go very quickly," he said. "We’re talking about something where we could be doing key tests on four different organisms within the next year.”