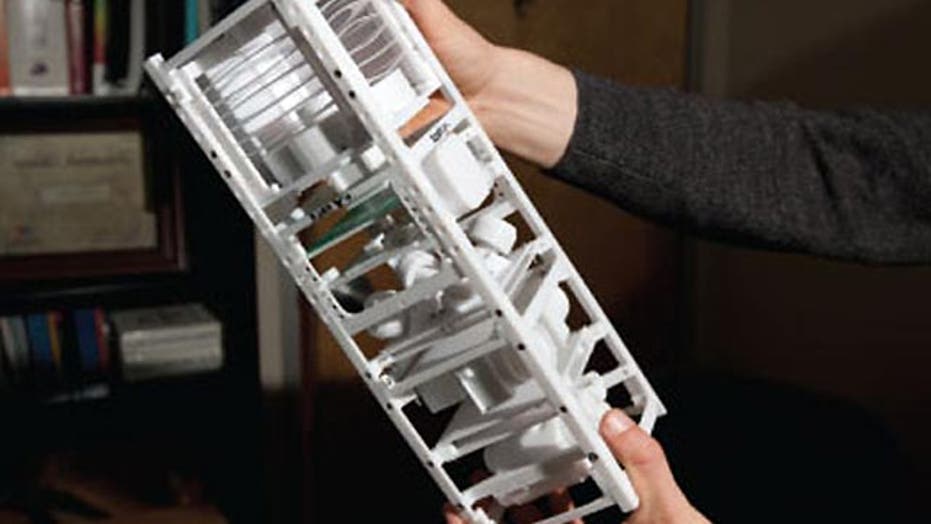 In the absence of red and green lights to control traffic in space, a team of scientists at the Lawrence Livermore National Laboratory is developing mini-satellites that will work as “traffic cops” to help prevent collisions.

The threat of collisions in space is serious: If a military satellite is hit and damaged, it could mean loss of communications, visual information on the ground and GPS for deployed troops. There is also a serious threat to spacecraft with humans aboard, like shuttles and the International Space Station.

It’s the stuff of movies. Anyone see “Gravity”?

But it’s a real threat too, one that escalates as the quantity of space debris grows. According to NASA, more than 500,000 pieces of space junk are orbiting the Earth, and some of them are traveling at crazy speeds – as in 17,500 mph, more than fast enough for a tiny fragment of orbital debris to cause damage to a satellite or a spacecraft.

But what if we had a force that could act as a sort of satellite traffic control, one that could stop collisions, help control space traffic and, very importantly, prevent satellites from colliding?

The answer is the STARE (Space-Based Telescopes for Actionable Refinement of Ephemeris) mission, which was launched to help avoid space collisions. Ultimately, the plan is to create a constellation of “space cop” nano-satellites that will operate in low earth orbit.

It is incredibly hard to accurately predict a satellite’s location in low earth orbit at any moment, largely because of uncertainties like atmospheric drag, which creates errors in tracking satellite position and velocity.

To cope with these errors, the Space Surveillance Network has to repeatedly observe the nearly 20,000 objects it tracks.

But even with all this effort, the accuracy of a satellite’s position in low earth orbit is only within about one kilometer – about 3/5ths of a mile.

Not knowing exactly where the space objects are located means that for every anticipated collision, there are about 10,000 false alarms. And the false alarms create a “Chicken Little” effect: when there is a collision warning, satellite operators think it is just another false alarm, and they seldom move their assets.

The STARE mission aims to reduce this kilometer of uncertainty down to 100 meters or less, which would dramatically reduce the number of false alarms.

Now the Lawrence Livermore team, led by Wim de Vries and lead engineer Vincent Riot, has proven it can be done.

To demonstrate the new technology, the team chose as its target the NORAD 27006 satellite.

The scientists used six images taken by a ground-based satellite over a 60-hour period to prepare. Then they took four observations during the first 24 hours of the test mission for calculations, and they were able to predict NORAD’s trajectory to within less than 164 feet over the next 36 hours, a very promising number since the team had hoped to reduce uncertainty only to about 328 feet.

Then, from the ground, the Livermore team changed the orbit of the satellite. Their findings were published in the recent Journal of Small Satellites.

Ultimately, when their “traffic cop” is deployed to space, it will perform the same sorts of observations and analysis in orbit that the scientists made on the ground. When development is completed, it will prevent all sorts of collisions: satellite with satellite, satellite with debris and more.

And all of that without a whistle.