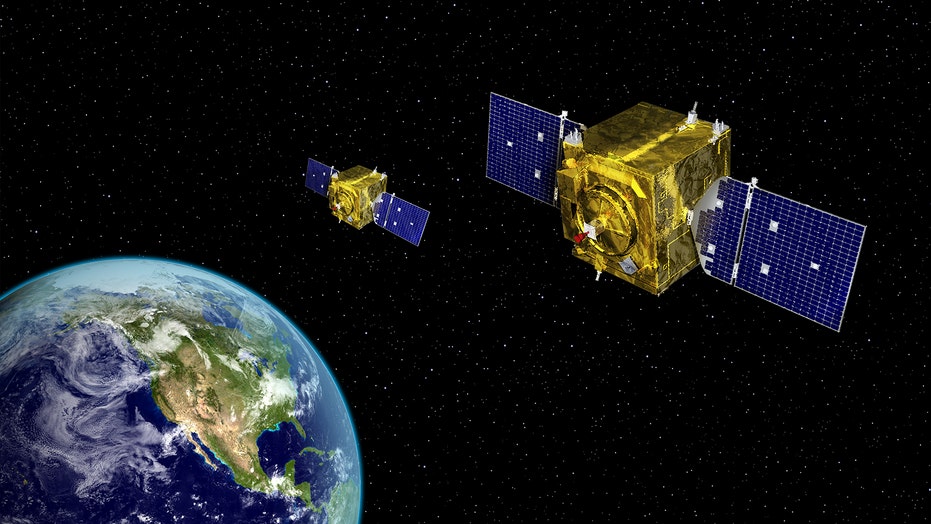 Pentagon and industry weapons engineers are looking at ways to get a powerful laser fired out of a “small device,” operating at the highest possible altitude within -- or even beyond - the boundaries of the earth’s atmosphere.

“If you had a space-based laser capable of shooting down an ICBM, you could shoot down an ASAT (Anti-Satellite Weapon) weapon as well. It would add a new self-defense mechanism to US constellations, which could add to your resiliency,” Retired Lt. Gen. Trey Obering, Executive Vice President and Directed Energy Lead, Booz Allen Hamilton, told Warrior in an interview.

Citing Booz Allen’s current research, Obering explained that US military-industry collaborative technological efforts regarding space lasers correspond to the Pentagon’s Missile Defense Review (MDR). Released earlier this year, the MDR calls for a near-term study on the potential to develop and field a space-based missile interceptor layer, an effort which includes the examination of space-fired lasers.

“Spaced-based sensors provide enhanced capability to track, discriminate and target more complex missile threats and enable more effective and efficient use of interceptors,” the review states. The review emphasizes the importance of leveraging sensing technology from the “large areas viewable from space.”

Pentagon weapons developers say current work is focused upon “laser-scaling, beam range and beam power,” among other things. The key objective is to have the strongest laser possible integrated into a small, mobile and agile device or platform.

A drone or drone-like space platform could be well suited to draw upon lasers to either “sense” or destroy enemy ICBMs - should rapid technological progress continue.

“We are in the nascent stages of exploitation of unmanned vehicles. The sky’s the limit. If you think about it many of the systems we operate in space are remotely operated,” Retired Lt. Gen. David Deptula, Dean of the Mitchell Institute for Aerospace Studies, told Warrior.

If something could “fly around super high,” it would benefit from thinner air which enables lasers to operate at longer ranges without as much beam attenuation.

“If you get above the atmosphere, beam attenuation does not become as much of a factor. In space you do not have to worry about attenuation by moisture,” Deptula said, adding that current Air Force Science and Technology work is focused on methods of countering moisture.

Describing space-based lasers as not having to “fight” the atmosphere, Obering said, “space is conducive to using lasers because of the physics of it.”

The advantage of space-based laser weapons are multi-fold. Of course, laser weapons are not only quiet and therefore stealthy, but they travel at the speed of light, are scalable, low-cost and able to shoot down multiple missiles with a single magazine.

“A speed of light weapon to shoot down an enemy missile, because it might be gone before a kinetic interceptor can get there,” a Pentagon official said.

Not only could laser weapons “burn a hole through the metal” of an enemy ICBM, but they could of course also function as space-based “sensors” able to locate and discriminate targets for interceptors.

“We are seeing the birth of another core competency much as we saw in the early 2000s with missile defense,” Obering said.

If some ship or ground-launched lasers were unable to fire a beam powerful enough to destroy an ICBM from the earth’s surface, they might at least be able to help locate them, Pentagon weapons developers explained. Lasers fired from within space however, should they achieve the right range, strength and form factor, could be weaponized for ICBM destruction.

Pentagon officials, drawing upon concepts aligned with those articulated in the OSA essay, make the point that surface ships, ground sensors or lower-flying aerial platforms may soon be able to use high-powered, long-range lasers to “sense” or “image” objects in space.

When it comes to missile defense, space sensing is naturally crucial -- in part because an enemy ICBMs will break up into different pieces while in flight, Pentagon weapons developers say. Sensors need to discriminate a damaging weapon from decoys, debris or other non-lethal objects in the vicinity of a transiting warhead. Extending this reasoning, there does not seem to be a reason why a “laser-sensor” might be positioned to pass targeting information to a satellite, or vice-versa. This kind of connectivity and command and control using new technologies represents the core of the current Air Force strategy to better prepare for space war.

The Air Force is now engineering new space-sensors as a follow on to its Space Based Infrared System to, as service explains it in its 2018 Acquisition Report, “remain the unblinking eye delivering missile warning, missile defense, battlespace awareness and technical intelligence.” The emerging program, called Next-Generation Overhead Persistent Infrared is slated to emerge into the early to mid-2020s.

“Since the launch of Sputnik in the late 50s, the national security community of the US has viewed space as a sanctuary...but the Russians and the Chinese have made it very clear that they do not intend to allow space to remain a sanctuary. They have exercised a variety of means to basically conduct warfare in space,” Deptula said.