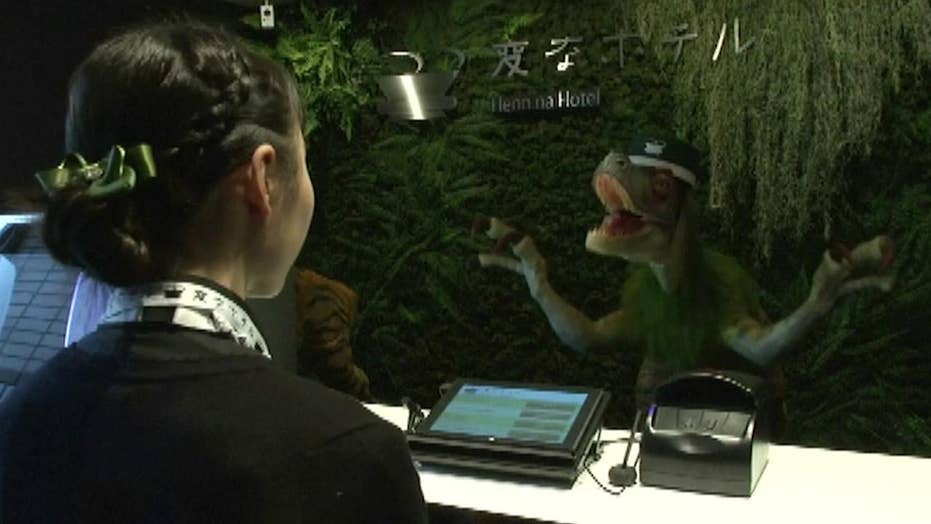 Management of the Henn na Hotel in Japan pulls the plug on virtual assistants along with concierge and bellhop robots.

The robot revolution is already underway, from automation to mechanical pets to machines that do just about anything a human can do. And while robotics may be the way of the future, it has more than a few of us worried that humans might eventually become obsolete, another victim of modernization. But we got some good news this week, in the form of pink slips for artificial intelligence. So if you're concerned about the robot revolution taking jobs away from us hard working humans, you can breathe a sigh of relief.

The Henn-Na Hotel in Urayasu, Japan once boasted about its all-robot staff, saying it would allow them to become the most efficient hotel in the world, and also lay the groundwork for a new standard in the hotel industry - all while entertaining their guests along the way. But it turned out that most of the customers thought the robots were a joke, and nobody was laughing. One of the biggest issues was the virtual assistant in every room, called Churi, which reportedly kept acting up multiple times a day, causing confusion and lack of sleep for some customers. One guest even said it kept waking him up, thinking his snoring was a request for help. Other guests said Churi would frequently interrupt their conversations, and some reported receiving room service orders they never ordered.

But Churi wasn't the only robot to be given the virtual pink slip. Humanoid concierge robots and dinosaur robotic check-in-bot couldn't answer basic questions, so management pulled the plug. Also excused from service were the bellhop robots, after failing to access most guest rooms. And guests had flooded management with reports of clunky robot dancers in the lobby since the hotel first opened, but they're only now being show the door. It's not clear how many of the robots will be replaced with flesh-and-blood humans, but the hotel says it will now focus on bringing the human touch back, rather than perfecting robot service as a gimmick.

There are other hotels in Asia experimenting with the all-robot model, including the multimillion dollar AliBaba Future Hotel in China, which just opened this week. But there are no plans as of now to operate an all-robot hotel anywhere in the United States, so if you're scared of our mechanical friends, you can breathe a sigh of relief - the robot apocalypse has been delayed...for now.