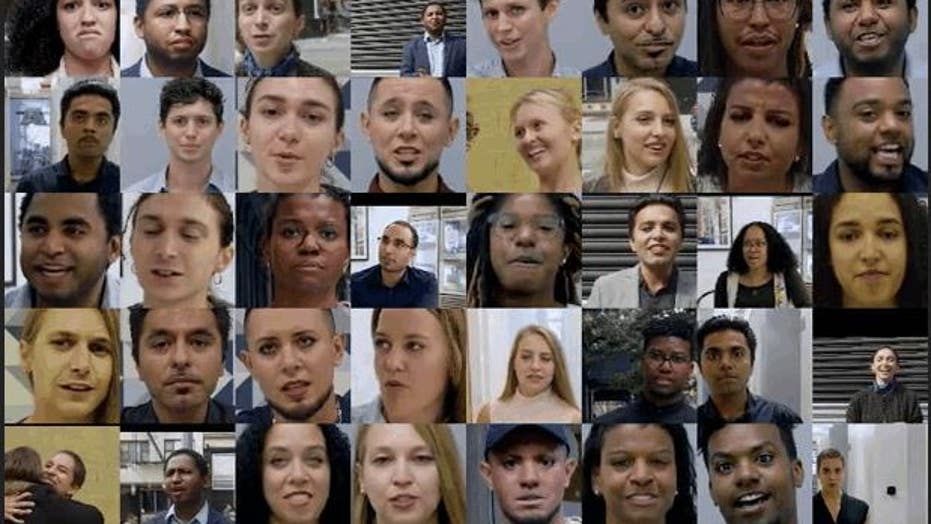 The tech giant is hoping their release will help academic researchers and other experts develop new ways to uncover and combat the manipulated videos, potentially providing new tools for the public and for publishers to pinpoint them.

Although deepfakes first received widespread attention because of poorly falsified pornographic videos, they have significantly advanced in terms of quality over the last two years.

The AI-based technology allows anyone who knows how to use it  to put words into someone else's mouth. Technologists have even made celebrities morph into other celebrities, realistically swapping one face for another to creepy effect. A strange deepfake clip of Facebook CEO Mark Zuckerberg boasting about his company's control of your private information went viral earlier this year.

A sample of videos from Google’s contribution to the FaceForensics benchmark. (Google)

Facebook itself was widely criticized after a video of House Speaker Nancy Pelosi, D-Calif., manipulated to make her seem drunk or senile, went viral after being posted by a right-wing page on the social network.

Google worked with paid and consenting actors over the past year to record hundreds of videos, then used publicly available deepfake generation methods to produce thousands of deepfakes from these videos.

Lawmakers and digital rights organizations fear that deepfake videos could cause problems during the 2020 U.S. elections.

Meanwhile, one group of California-based researchers claims to have built a tool that can detect deepfake videos with 96 percent accuracy.