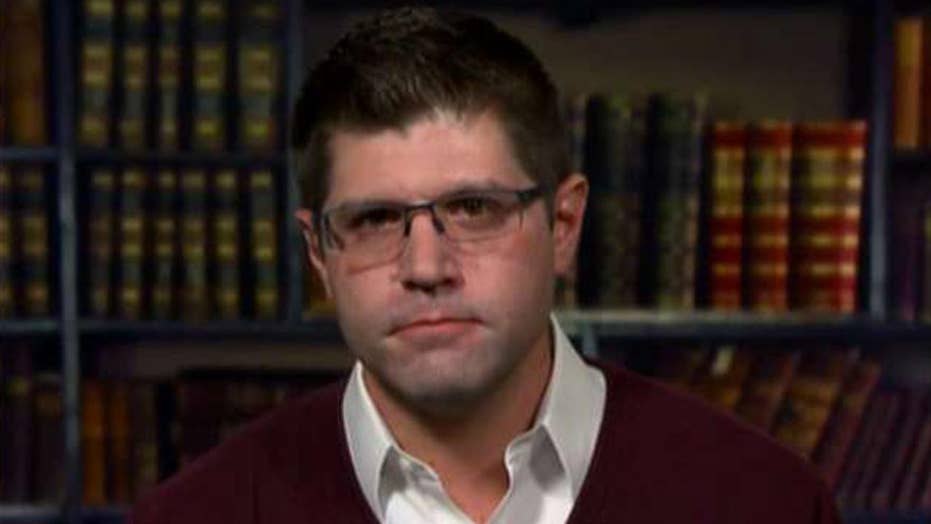 Former Facebook engineer Brian Amerige quits the company after denouncing it as a left-wing monolith.

A former senior Facebook engineer who wrote a memo earlier this year decrying the social media giant's "political monoculture" told Fox News on Tuesday night that the company has a "vocal minority" intent on implementing "social justice policies across our mission."

Brian Amerige, whose last day at Facebook was Friday, told Fox News' "Tucker Carlson Tonight" that "you can't have conversations about ... anything that's a tenet of the social justice ideology, effectively, without being attacked personally." He added that the company's recent policy cracking down on so-called hate speech was a particularly sensitive topic.

"You can't even have conversations about that policy inside the company without having your character attacked -- and I've experienced this personally -- without being called a sexist or a racist or a transphobe or an Islamophobe," said Amerige.

Amerige drew national attention in August when he penned an internal memo, "We Have a Problem With Political Diversity." The memo, which was later leaked to The New York Times, stated that Facebook employees "claim to welcome all perspectives, but are quick to attack — often in mobs — anyone who presents a view that appears to be in opposition to left-leaning ideology."

On Tuesday, Amerige said that Facebook executives had taken his concerns seriously and had worked with him to improve the hate speech policy. However, he said rank-and-file, left-leaning employees did not share his concerns.

"The real concerning thing that’s happening here is that even though this is a minority of employees in the company, unfortunately, I’m not sure that Facebook leadership knows how to push back against them," Amerige said. "They're unbelievably belligerent, demanding and hostile not just toward other employees, but toward Facebook leadership directly."

In an exit memo obtained by Business Insider, Amerige wrote, "I care too deeply about our role in supporting free expression and intellectual diversity to even whole-heartedly attempt the product stuff anymore, and that's how I know it's time to go. " On Tuesday, he criticized the hate speech policy as "dangerous" and "impractical."

"It’s impossible to define what something like hate speech is and it’s even harder to implement it and enforce it at Facebook’s scale," he said. "I think it’s a huge strategic misstep for a company whose product’s primary value is to promote free expression is trying to draw these lines."