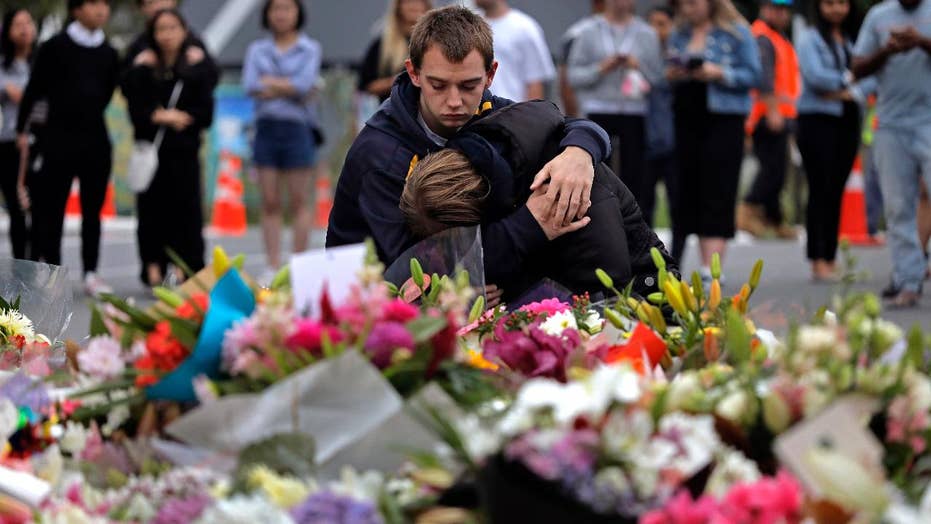 New Zealand's privacy commissioner slammed Facebook as "morally bankrupt pathological liars" as the fallout from the Christchurch mosque attacks, which were livestreamed and spread virally, continued.

In a series of now-deleted tweets, John Edwards blasted the tech giant for not doing enough to prevent the easy distribution of a video that depicted the murder of 50 individuals at two mosques.

AMERICANS HATE SOCIAL MEDIA, BUT THEY CAN'T GIVE IT UP, NEW WSJ POLL FINDS

“[They] allow the live streaming of suicides, rapes, and murders, continue to host and publish the mosque attack video, allow advertisers to target ‘Jew haters’ and other hateful market segments, and refuse to accept any responsibility for any content or harm."

Edwards was likely responding in anger to comments made by CEO Mark Zuckerberg in a recent interview. The billionaire tech executive has refused to change Facebook Live in a way that some have suggested, such as adding in a time delay.

Facebook CEO Mark Zuckerberg has faced criticism in the wake of how the company handled the New Zealand attacks video. (Getty Images)

Zuckerberg told ABC News that incidents like the New Zealand attack are the result of "bad actors" getting around the company's systems.

According to Facebook, people tried to upload hundreds of different versions of the New Zealand attack video, some with minor alterations, to evade detection.

In a later interview with RNZ on Monday, Edwards described Zuckerberg’s comments as “disingenuous” and said the company had refused to tell his office how many murders, suicides and sexual assaults had been broadcast using the platform.

A Royal Commission inquiry into the Christchurch attack, which will include an examination of the gunman's use of social media, will report back to the government by Dec. 10, according to The Guardian. The main New Zealand telecommunication companies took the extraordinary step of identifying and suspending access to websites that were hosting the horrific footage.

“It is a technology which is capable of causing great harm,” Edwards added in the RNZ interview.