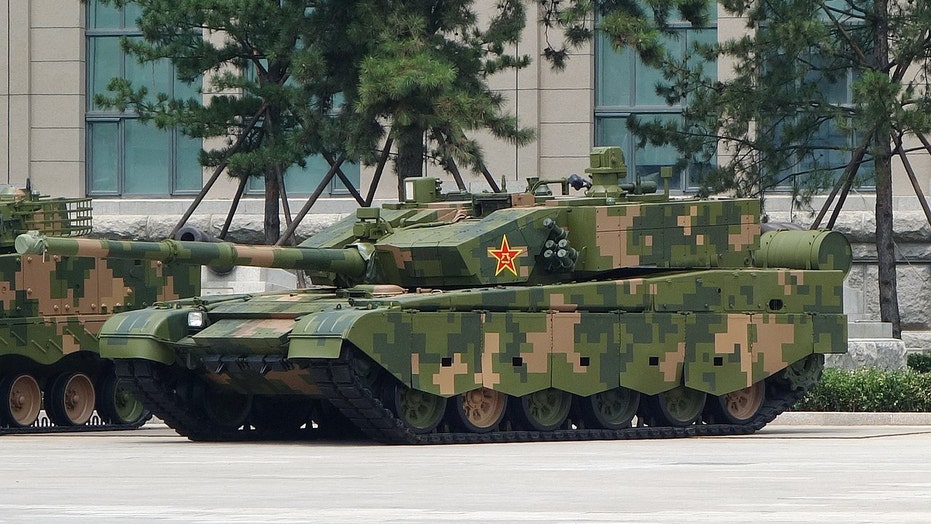 While the exercises are not likely to be viewed as surprising or unusual for China by Pentagon observers, these kinds of mechanized attack maneuvers, including some of China’s newest modern weapons and armored vehicles, are likely to raise some concerns regarding the land war threat presented by the communist country.

A 2020 assessment from GlobalFirepower estimates that the very large Chinese Army is comprised of as many as 2 million active-duty personnel and 510,000 in reserves, more than two-or-three times larger than the U.S. Army’s standing active force. The assessment also says the Chinese have 33,000 armored vehicles and 3,500 tanks. In addition, China is known to now operate several emerging, high-tech weapons platforms such as its VT5 Type 15 light tank. The VT5, first revealed publicly by China during a military parade last year, has been in development for many years. The roughly 35-ton armored vehicle is, at a cursory glance, comparable in some respects to the U.S. Army’s now-in-development Mobile Protected Firepower (MPF) vehicle.

The Chinese light tank, as described in a detailed assessment in Army Recognition magazine, fires a wide range of ammunition from a 105mm rifle gun with a “thermal sleeve and fume extractor” with a range of 3,000 meters [9,843 feet]. The rounds, the article explains, include Armor Piercing, High-Explosive Anti-Tank and High Explosive rounds, somewhat analogous to U.S. tanks and Army plans for the MPF. An essay in Armored Warfare says the VT5 can launch guided-missiles with a tandem warhead out to a range of 5km [3.1 miles]. The gun, the report says, is fin-stabilized with a modern Fire Control System including a ballistic computer, laser rangefinder and thermal sights for the gunner.

Also, much like the MPF, the VT 5 is engineered as a much more mobile, expeditionary, light-weight tank able to traverse rugged terrain. This will allow it to keep up with fast-moving infantry units, and incorporate high-tech reactive and composite armor. Finally, much like the U.S. Army’s Common Remotely Operated Weapons System, which used under-armor targeting and sensor technology to safeguard troops during attack maneuvers, the Chinese VT5 uses a “remotely operated weapon station.”

Alongside the VT5, Beijing’s People’s Liberation Army (PLA) upgraded T99 Main Battle Tank is considered threatening as well, given that the upgraded T99A variant includes a thermal imaging scope, ballistic computer and weather measurement sensors, according to an Army Recognition essay from 2011. Interestingly, its technological maturation may be somewhat analogous to the U.S. Army’s Abrams Tank. The Abrams is, in most respects, an entirely different vehicle than when it first emerged as part of the Big 5 (Abrams, Bradley, Apache, Patriot Missile and Blackhawk) in the 1980s.

The T99 first appeared more recently in the late 1990s, however improvements to the 1980s-era Abrams have completely changed the combat capabilities of the platform.