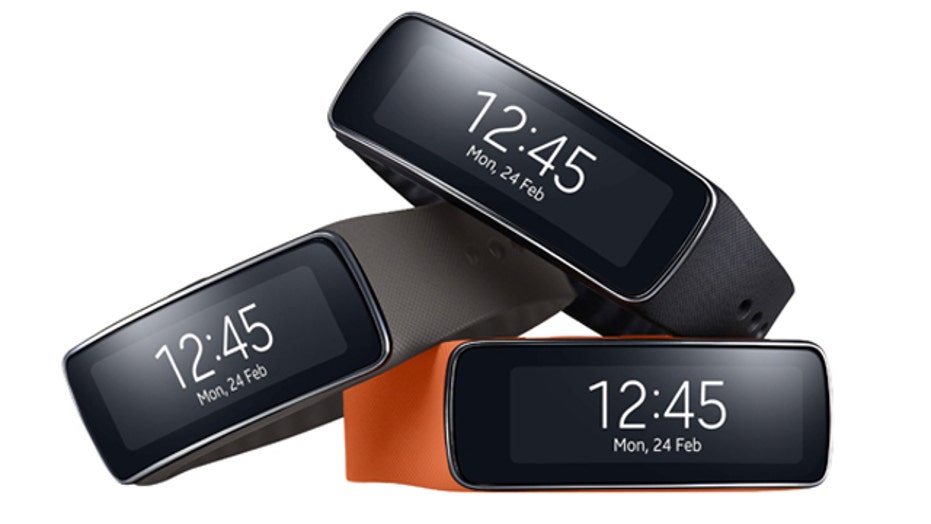 As the smartwatch trend explodes, where are the watchmakers?

Between Google Glass, Samsung’s Dick Tracy watches, FitBit and Nike fitness trackers and Apple’s long-rumored iWatch, wearable technology is clearly the next big thing – a $19 billion market by 2018, according to Juniper Research.

For the geek crowd, the conversation is no longer whether consumers will embrace it, but which brand they’ll be wearing: Does Samsung make my butt look big? Does Google Glass go with my shirt?

But what’s striking about the list of companies dominating the wearable landscape is that most are fairly new to the space. Where are all the companies that have been creating watches, glasses and the like for generations?

“We have all the know-how but we don’t want to build up stock of technology bombs people won't want to buy,” Swatch CEO Nick Hayek told Reuters recently, brushing off the threat of smartwatches. Indeed, Hayek called it a gateway to more traditional watch sales.

“If people who never used to wear anything on their wrist start wearing a so-called smartwatch,” he said, “then we certainly can convince them quickly to try wearing a beautiful watch instead.”

Swatch knows a thing or two about “technology bombs.” In 2004, the Swiss watchmaker joined forces with Microsoft for the unfortunately named Paparazzi “smart watch” (this was back before we were savvy enough to combine the terms into a single, handy word).

The device was big and expensive, and it suffered from the hangups we’ve come to expect from tech products released before their time. And it wasn’t alone.

Other watchmakers told FoxNews.com they were also into the tech well ahead of the current boom.

“Since 2011, [we’ve] provided consumers with Bluetooth-enabled timepieces that sync to a smartphone to get email/call alerts, control music and set alarms,” Casio vice president David Johnson said in an e-mail.

The company’s Sports Gear STB-1000 was one a handful of smartwatches announced in January that was actually created by a watch manufacturer.

But Casio never uses the term “smartwatch” in its press materials, and indeed, the device may be more correctly a digital watch with smart features. It pairs with an iPhone to receive notifications and track your activity, but those seeking the app capabilities of a Pebble or Samsung Galaxy Gear will almost certainly be disappointed.

“What truly sets Casio apart in this category is its history as a watch manufacturer,” Johnson said. “The STB-1000 is not a response to what the other manufacturers are introducing; it's simply the latest launch within our Bluetooth LE series of watches.”

Timex had a similar response when asked how it planned to counter the smartwatch surge, insisting that the company “will continue to be at the forefront of watch technology – as it has been for 160 years.”

Michèle Szynal, a spokeswoman for the Dutch watchmaker, pointed to existing features like fitness tracking as evidence of Timex’s focus on tech, and she advised us to “stay tuned” for future announcements.

Rolex declined to participate in this story.

Rather than simply playing catch-up with gadgets from Samsung, Pebble and the like, watch and smartphone manufacturers have arrived at similar functionality from two different approaches.

Over the years, the Casios and Swatches of the world have slowly added new technologies to their arsenals, arriving at more robust versions of what we’ve traditionally come to think of as a digital watch.

On the other side are companies employing full-color displays and powerful processors developed for the smartphone revolution. The result has been smartwatches that are more akin to tiny phones than Casios.

Some of traditional watchmakers’ reluctance to embrace a more smartphone-like approach can likely be chalked up to the fact that, for a number of them, the smartwatch craze carries a sense of deja vu. After all, the year before Swatch and Microsoft unleashed the Paparazzi on the world, Fossil harnessed the Palm operating system for a wrist-worn PDA that suffered a number of the same problems.

This time out, though, consumers appear ready to wear their computers on their wrists. In the past week, Pebble – that plucky little crowdfunded startup – revealed that it has sold an impressive 400,000 units, while Google announced its Android Wear smartwatch initiative, which will likely further interest in the space from big gadget manufacturers like Motorola.

And, of course, all signs point to a smartwatch from Apple. And if there’s one thing Apple’s good at, it’s bringing marginal hardware categories into the mainstream. Can you see iPod, iPhone, iPad?

Will watch manufacturers continue to play it safe as smartphone makers eat into their market share? Or will they embrace growing public interest and take another shot at the smartwatch space? As Timex told us, we’ll have to “stay tuned.”