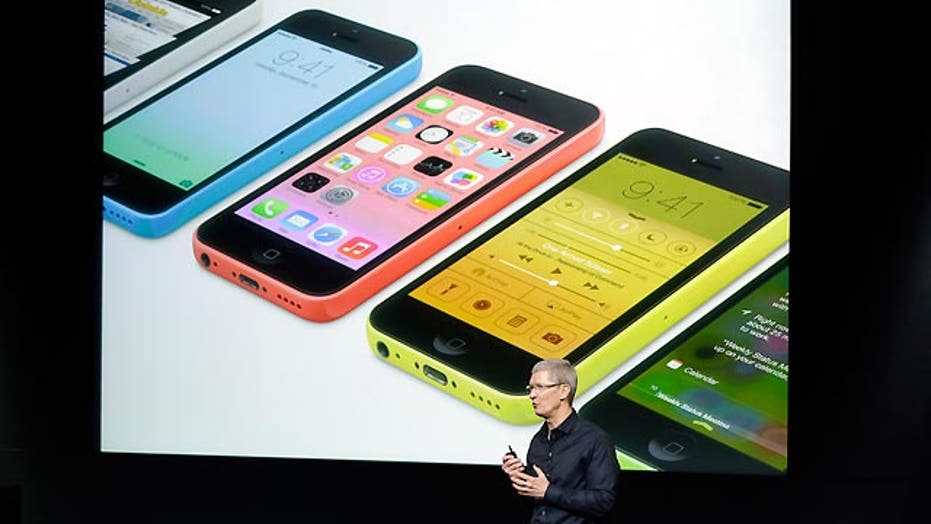 Are the iPhone 5S and 5C worth picking up?

Todd Haselton of TechnoBuffalo.com has the lowdown on Apple's next generation iPhones

Q: When is an iPhone not an iPhone? A: When it’s solid gold.

Apple CEO Tim Cook took the stage in a black shirt and jeans at the company's Cupertino, Calif. headquarters on Tuesday to show off the latest technology from the company, including new lower-cost 5C models and a fancy new golden iPhone 5S that may be the most important product yet for the technology pioneer.

Cook began the day by discussing iOS 7, an update to the software that powers the iPhone and iPad. The new version does away with the 3D effect seen in earlier versions and introduces a simpler new visual style. The new software will be released Sept. 18 for the iPhone 4 and later, iPad 2 and later, iPad mini and 5th-generation iPod touch.

But it's Apple's much-anticipated new iPhone line-up that fans were most eager for. [More: See photos of the new iPhone 5S and 5C]

"Now I'd like to talk about iPhone. A couple of you may be expecting this," Cook joked to the crowd. In the past, the company has lowered the price on older models when it introduced new ones. This year, the company is instead releasing two new models: a low-cost iPhone 5C and a high-end iPhone 5S -- and yes, it comes in gold.

"A few of you might have seen some shots on the web. And that's cool, because everyone is really excited about this," explained Phil Schiller, senior vice president of marketing.

The iPhone 5S is made of aluminum and comes in silver, gold and slate gray, and it includes a fingerprint sensor for security -- a new feature Apple calls the Touch ID sensor. The sensor is built into the home button on the bottom of the smartphone.

"You can simply touch your home button to unlock your phone," Schiller explained.

The phone is powered by a new chip called the A7 that Schiller called the first ever 64-bit smartphone chip. It packs in over a billion transistors, Schiller said, and is "over twice as fast" as earlier processors. Graphics are 56 times faster, he said.

The iPhone 5S also has an impressive-sounding camera on the new phone that includes an Apple-designed lens and image sensor system, as well as a special flash designed to improve color balance. Apple calls it "the iSight" camera.

Meanwhile, the iPhone 5C is a lower-cost plastic model wrapped in one of five colors: lime green, white, yellow, red and bright blue. It has a 4-inch Retina display, and the same 8-megapixel rear camera and A6 processor as the iPhone 5. But the new model has a front-facing camera as well; it will cost $99 for a 16GB model, and $199 for 32GB.

Apple took the wraps off the iPhone 5 last September. The company has never waited longer than a year to update the iPhone, which has generated $88 billion in revenue during the past year.

Apple's timetable for rolling out products has vexed many investors who have watched the company's growth slow and profit margins decrease. Meanwhile, a bevy of smartphone makers, most of whom rely on Google's free Android software, release wave after wave of devices that cost less than the iPhone. Those concerns are reflected in Apple's stock price, which has declined nearly 30 percent since peaking at $705.07 at about the same time the iPhone 5 went on sale last year. The Standard & Poor's 500 index has risen about 14 percent during the same stretch.

Even though Apple's market value of roughly $460 billion is more than any other company in the world, the deterioration in its stock price is escalating the pressure on CEO Tim Cook to prove he's the right leader to carry on the legacy of co-founder Steve Jobs. Since Cook became CEO two years ago, Apple has only pushed out new versions of products developed under Jobs, raising questions about whether the company's technological vision has become blurred under the new regime.