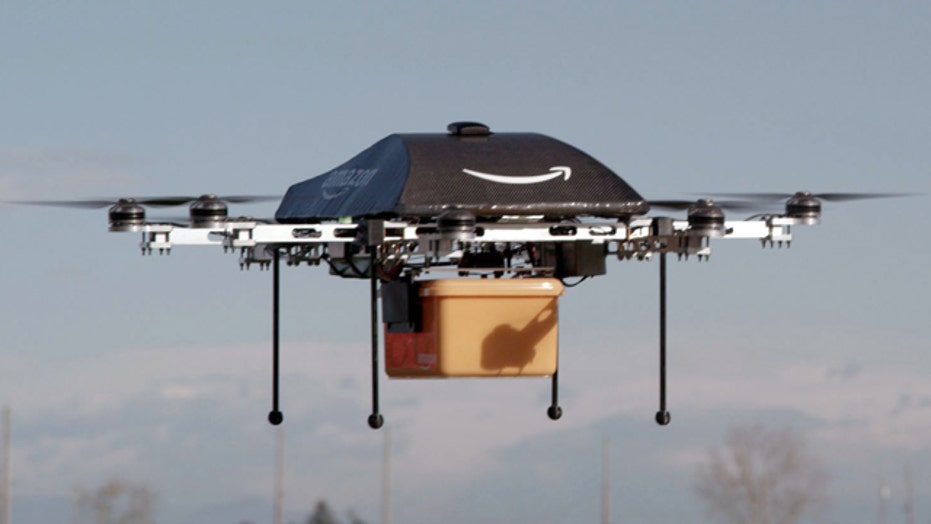 Online retailer Amazon announced Sunday that it is planning a new delivery service in which products would be delivered with the use of unmanned drones.

Amazon CEO Jeff Bezos unveiled the so-called "Octocopters" in an interview that aired Sunday on CBS "60 Minutes," and claimed that the drones would not be ready to take flight for another four or five years. However, after the interview aired, Amazon released a statement promising that "Prime Air vehicles will be as normal as seeing mail trucks on the road today."

"I know this looks like science fiction. It's not," Bezos said in the CBS interview with Charlie Rose. "It drops the package. You come and get your package and we can do half-hour deliveries."

Bezos said that the vehicles currently being tested have a range of ten miles and can carry products under five pounds, which he estimates make up 86 percent of Amazon's inventory.

In urban areas, you could actually cover very significant portions of the population," Bezos said.  "This is all electric, it’s very green, it’s better than driving trucks around."

The CEO also admitted that the drones required more safety testing, noting "This thing can't land on somebody's head while they're walking around their neighborhood."