Jeff Bezos: What to know

Who is Jeff Bezos? Here is something you may not know about the American technology entrepreneur.

Amazon founder Jeff Bezos said Thursday that he plans to donate $100 million to food banks across America, which is currently facing a severe and steep economic downturn because of the coronavirus epidemic.

"Even in ordinary times, food insecurity in American households is an important problem, and unfortunately COVID-19 is amplifying that stress significantly," Bezos said on Instagram Thursday. "Millions of Americans are turning to food banks during this time."

"Feeding America will quickly distribute the funds to their national network of food banks and food pantries, getting food to those countless families who need it," Bezos, the world’s richest person with a fortune more than $120 billion, added.

Feeding America is in charge of more than 200 food banks that feed 46 million people; it generated $2.9 billion in revenue in 2019, most of which went toward sending food to pantries, according to a 2019 financial report.

The coronavirus outbreak has thrown 10 million Americans out of work in just two weeks, the swiftest, most stunning collapse the U.S. job market has ever witnessed, and economists warn unemployment could reach levels not seen since the Depression, as the economic damage piles up around the world.

Despite being among the richest people in the world, Bezos only recently became active in donating money to causes that aid humanity.

In 2018, Bezos started a fund committing $2 billion of his own money to open preschools in low-income neighborhoods and give money to nonprofits that help homeless families.

Bezos, who founded Amazon 25 years ago, has a stake in the company that is worth more than $100 billion. 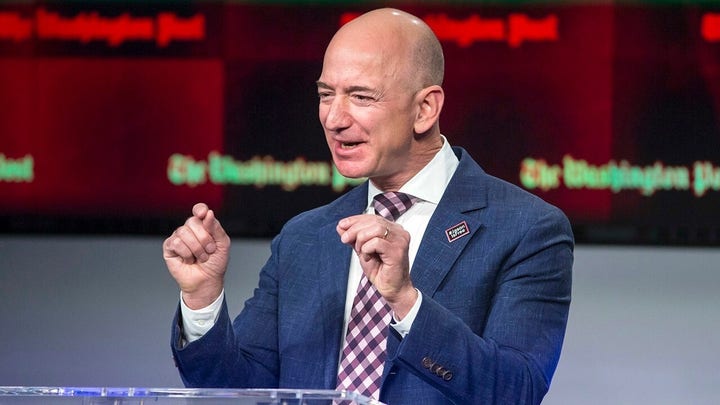 Bezos purchased the mega-mansions for $165 million and $90 million, respectively. The Warner mansion, which is in the 90210 zip code, was previously owned by American film producer and music exec David Geffen. Geffen reportedly paid $47.5 million for the property in 1990, according to The Wall Street Journal, which first reported the news.