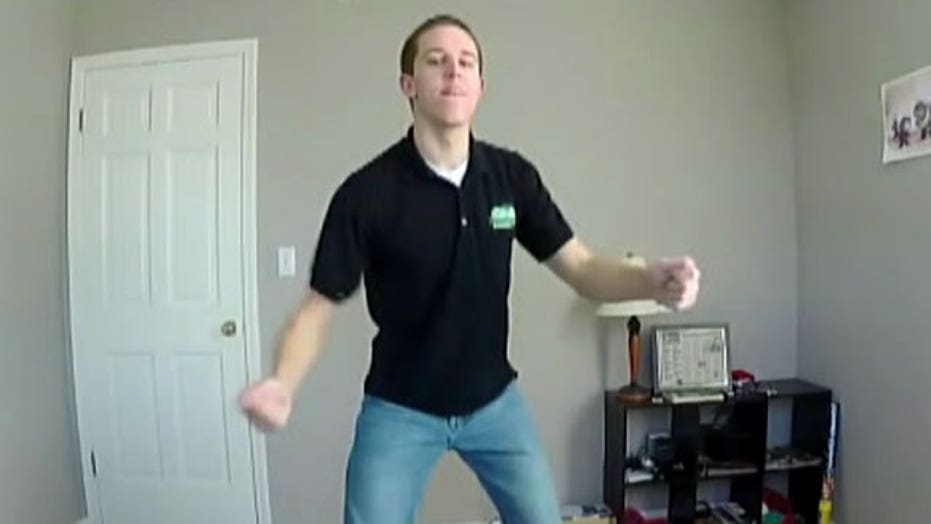 '100 Days of Dancing' like Napoleon Dynamite in viral video

Creator Matt Bray explains how he came up with the idea

Some people have sky diving or bungee jumping on their bucket list, but for Matt Bray, those are too easy.

Bray's "Project One Life" on YouTube chronicles his attempts to check things off his life to-do list, from "how to kickflip a skateboard" to singing like the Blues Brothers in front of a crowd.

His latest, “100 Days of Dance,” has gotten more than five million clicks. The video shows him doing the same dance routine over three months.

“I saw a bunch of videos online of people taking a picture of themselves every day for a year and I kind of wanted to do something along the lines of that,” Bray told FoxNews.com. “I came up with ‘100 Days of Dance’ and I put it on my bucket list.”

He says it wasn’t too difficult to match up all his moves in the video. “It just became muscle memory for me after two weeks and then just kept doing it every day.”

Bray says the first 30 seconds were a nod to Napoleon Dynamite, where the protagonist used the song, “Canned Heat” by Jamiroquai in a now-famous dance scene.

“All the other moves in [the video] are what I made up or moves I got from other TV shows or movies,” Bray said.

He says never really messed up his routine. “There are maybe two days where I kind of screwed up and I would just restart, but most of the time I would just flow through it pretty simple.”

“100 Days of Dance” isn’t the last goal on his list. His main goal this year is to really get the audience involved with his YouTube channel and try to make my videos as fun as possible.