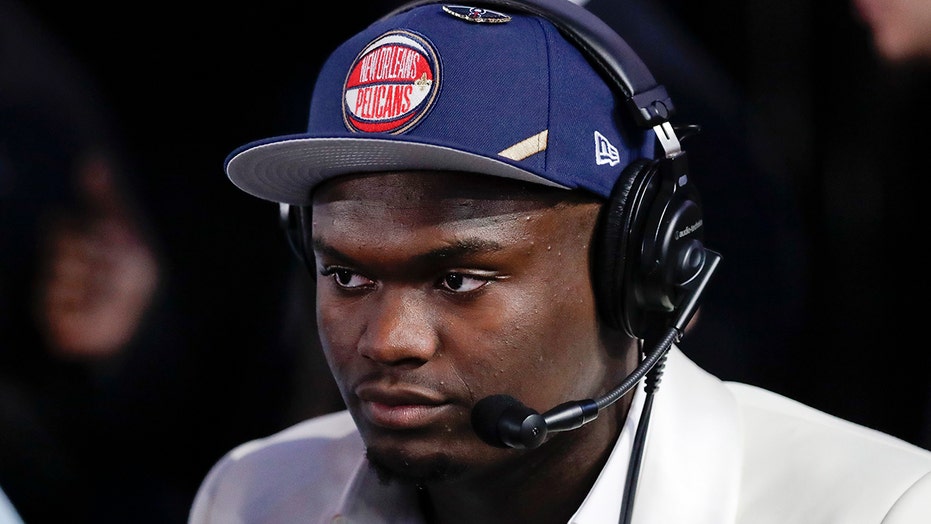 Williamson was shown on video shooting a basketball and then launching a football twice towards a basketball hoop set up in the back of the end zone. The NBA newcomer made the throws with relative ease.

Saints coach Sean Payton told SiriusXM after practice that there are several positions Williamson could play if he ever chose to change sports.

“It's not like he requires a lot of projection,” Payton said, according to ESPN. “Like, we've looked at a lot of body types, but I feel like that's an easy projection…We considered the seventh-round pick even in case there was a problem across the parking lot.”

Williamson and the Saints have been connected ever since the Pelicans officially took him with the No. 1 overall pick in the NBA draft.

Payton had tweeted a picture of Williamson in a Saints uniform while quarterback Drew Brees said he was passing the torch onto Williamson as the new face of the city.

Williamson is likely to be one of the biggest draws in the league this season. He heads a talented rookie class that also includes the Memphis Grizzlies’ Ja Morant and the New York Knicks’ R.J. Barrett.