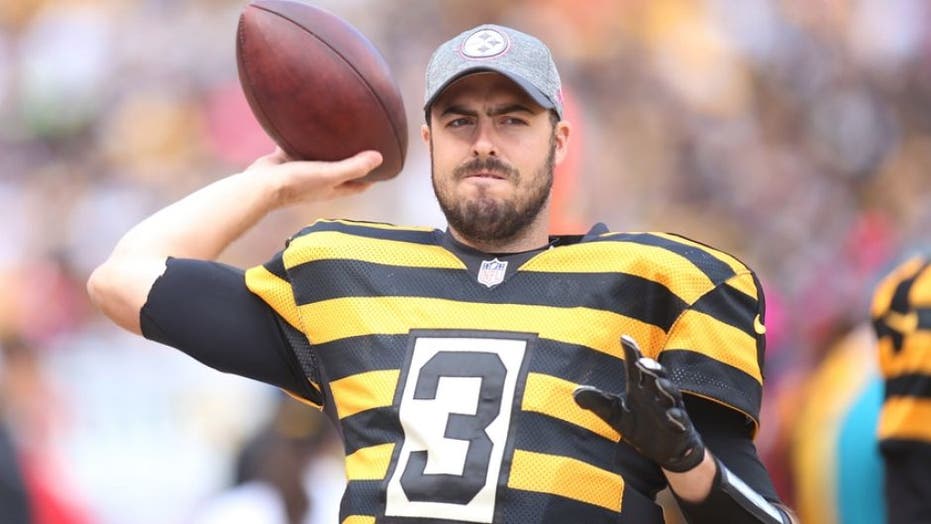 Landry Jones, who was touted as the XFL’s first signee, sustained a knee injury at Dallas Renegades practice on Tuesday and will be out for at least four weeks, the team announced.

“We are sorry to see Landry sidelined for the next 4-6 weeks and are hopeful he will heal quickly and be back on the field at our opener, if not just shortly after," Renegades head coach and general manager Bob Stoops said in a statement.

“Landry is the leader of our team and will continue to play that key role," he added.

Phillip Nelson is listed as the only other quarterback on Dallas’ roster.

XFL announced in August that Jones was the first player to join the rebooted league.

Jones, who played with the Pittsburgh Steelers from 2013 to 2017 and had signed with the Oakland Raiders in March before being released in May, said he couldn’t wait to return to the field.

He was considered a natural fit because of his connection to Stoops. Jones was under center for the Oklahoma Sooners in each of the four seasons he played and Stoops was the head coach. At Oklahoma, Jones threw for 16,646 yards and 123 touchdowns.

The Steelers selected Jones in the fourth round of the 2013 NFL Draft. He did receive some time as a starter when Ben Roethlisberger went down with injuries. He threw for 1,310 yards and eight touchdown passes in five seasons.

Jones was on the Jacksonville Jaguars last season but never saw the field.