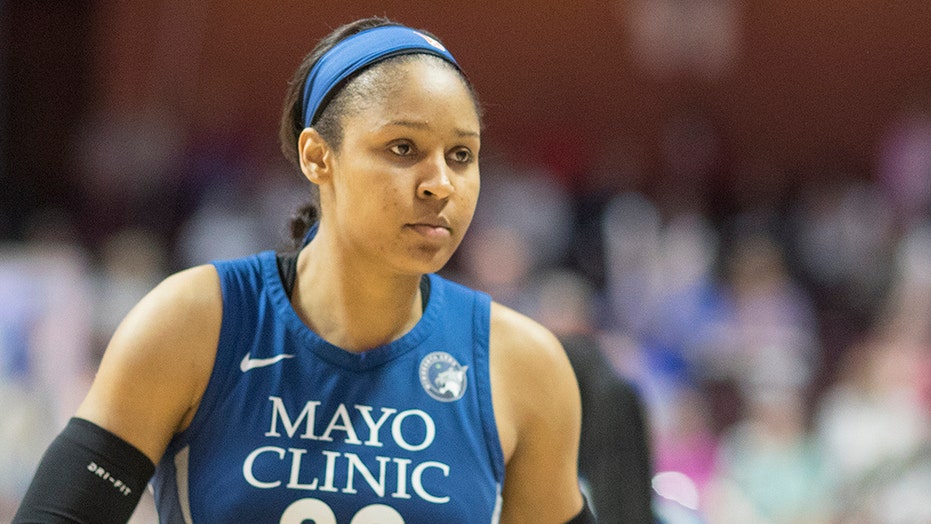 WNBA star Maya Moore has married the man she helped free from prison, after putting her career on hold to help overturn his conviction.

"We wanted to announce today that we are super-excited to continue the work that we've been doing together, but doing it as a married couple," Moore told GMA anchor Robin Roberts. "We're excited to share this new chapter of life together."

She later posted a photo to Instagram that showed her in a wedding dress and Irons in a tuxedo with the caption: "Grateful to announce this new chapter of life! What a miracle."

Moore, 31, took a two-year hiatus from the league and the Minnesota Lynx in February 2019 to help free Irons and focus on criminal justice reform. In March, a Missouri judge vacated Irons' 1998 conviction for a home invasion and shooting of a homeowner, the Star Tribune reported.

He said he was falsely identified and was not at the scene.

The 40-year-old served 23 years of a 50-year sentence and was freed in July. The pair met when Moore was 18 through a prison ministry program. She said they developed a friendship that eventually turned into love.

They were married over the summer.

“Over the last 13 years we ... just entered into this huge battle to get him home, and just over time it was pretty clear what the Lord was doing in our hearts, and now we’re sitting here today, starting a whole new chapter together,” Moore said.

Irons asked Moore to marry him a few years ago, but told her to hold off on answering until he was free. He asked again once he was released.

“When I got out we were in the hotel room. We had some friends in the room, it was winding down and we were extremely tired, but we were still gassed up on excitement,” Irons said. “It was just me and her in the room, and I got down on my knees, and I looked up at her and she kind of knew what was going on, and I said, ‘Will you marry me?’ She said ‘yes.'”

Moore's contract with the Lynx expires this season, the Tribune reported. She was a member of four championship Lynx teams over a seven-year period. She was WNBA Rookie of the Year in 2011 and league MVP in 2014.

She doesn't have plans to return to basketball in the immediate future, she said.

"I’m hoping sometime in the spring we’ll be able to have a next step moving forward, but right now I am trying to really just breathe from this long, long battle, and enjoy and rest,” she said. “There’s a lot of unknowns for a lot of us right now, so I’m still in that camp.”