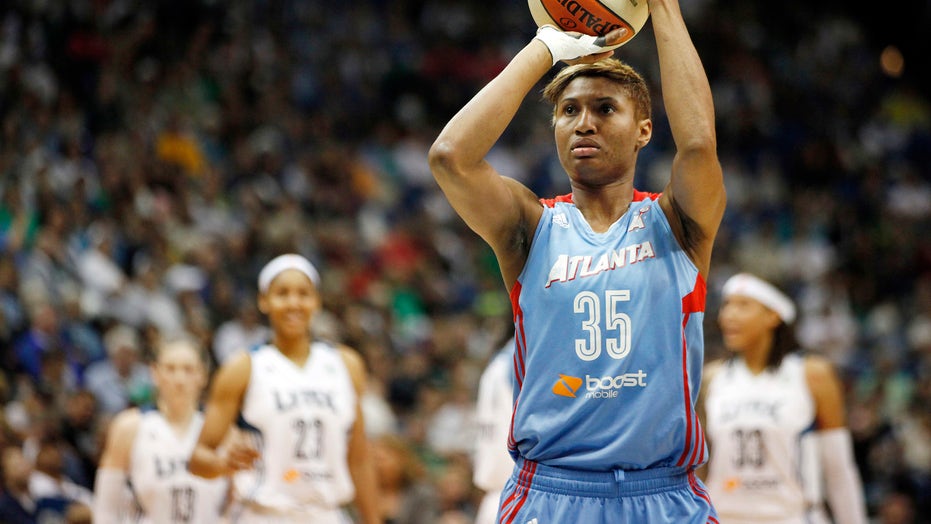 WNBA star Angel McCoughtry urged the league Monday to allow players to wear the names of victims of police brutality or front-line workers during the coronavirus pandemic on the back of their jerseys during the 2020 season.

McCoughtry, who joined the Las Vegas Aces in the offseason, unveiled the idea in an Instagram post and said she had set up a petition.

“I will be playing this upcoming @wnba and I am looking forward to continue to fight social injustice issues while playing and supporting front line workers,” McCoughtry wrote.

“I am currently working with the @lvaces and @wnba to use our voices, our uniforms, and our sport to continue to impact and create real change. I am creating a petition (LINK IN BIO) to allow players the ability to put the FIRST & LAST NAME of HUMAN BEINGS that who have been injured or KILLED in incidents involving POLICE BRUTALITY! Even Front line workers during the pandemic."

She continued: “The goal is also to create a relationship with the families of who’s (sic) name the athlete has chosen. This is a way to use our platform to be a helping hand during these trying times."

“Silence is an ally for EVIL and when sports resume WE WILL NOT BE SILENT,” she also wrote.

The WNBA season is set to get underway in July at the IMG Academy in Bradenton, Fla. Los Angeles Sparks star Nneka Ogumike told the USA Today there were “no plans” as of now for protests from players but that they were working together to do something to express themselves “collectively and individually.”

The WNBA had previously fined teams for wearing warmup shirts to draw awareness to the Orlando nightclub shooting and the Dallas police shootings. The league later rescinded the fines.