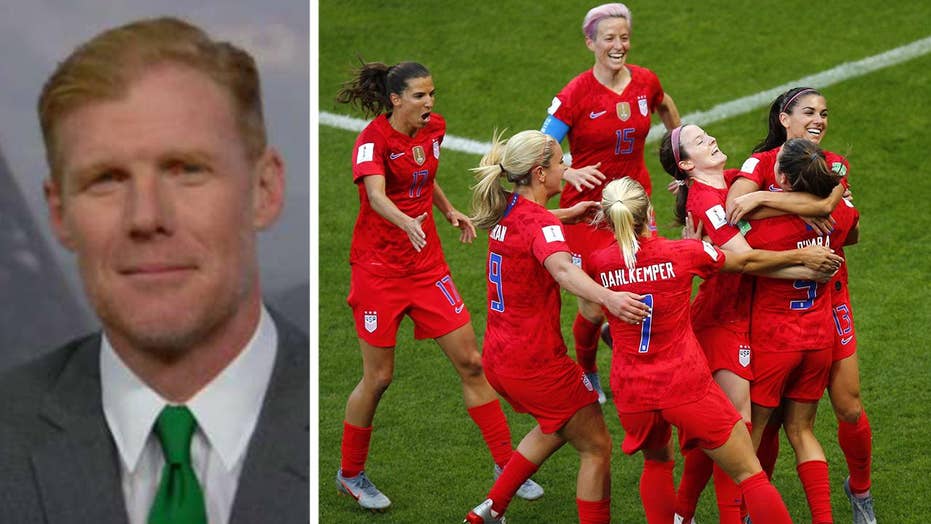 The U.S. women’s soccer team is riding a wave of momentum heading into the Women’s World Cup’s knockout stage, in which they will play Spain in a bid to again reach the final.

The U.S. dominated the group stage of the tournament, scoring 18 straight goals. The team started with a 13-0 onslaught against Thailand, cruised through Chile (3-0) and then beat Sweden (2-0) on their way to a round of 16 meeting with Spain.

The U.S. domination goes back even further, however, all the way to a match against Belgium on April 7. The Americans won that game, 6-0, and since then have not allowed a single goal, while piling on 35 straight goals of their own. The last person to score on them was Australia’s Sam Kerr in the 81st minute of their match on April 4.

As far as World Cup goals go, the U.S. allowed only three goals during their championship run to the title in 2015 – one against Australia in the group stage and two against Japan in the final.

BRITT MCHENRY: DON’T DISS THE USWNT -- MEN EMBRACE EMOTION IN SPORTS, WOMEN SHOULD BE ALLOWED TO DO THE SAME

The U.S. played at Spain in a friendly earlier this year in a match the U.S. won, 1-0, thanks to a Christen Press goal in the 54th minute. Coach Jill Ellis and company hope that it won’t take until the 54th minute for the team to put up a goal this time around.

Meanwhile, the knockout stage will begin Saturday when Germany will face Nigeria and Norway will face Australia.

Here’s a look at the rest of the schedule, times and where you can watch.

WOMEN'S WORLD CUP: US SHUT OUT SWEDEN TO FINISH TOP OF GROUP

The quarterfinals begin on June 27, the semifinals start July 2, the third-place match will kick off on July 6 and the final will be played July 7.