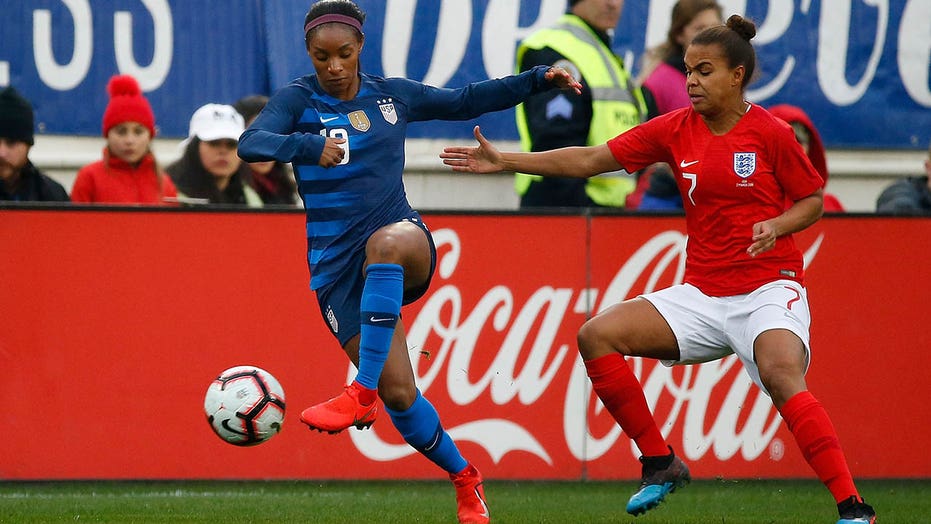 U.S. women’s soccer player Crystal Dunn admitted Tuesday she was “scared” to follow Megan Rapinoe in kneeling during the national anthem to protest police brutality and racial injustice in 2016.

Rapinoe was the first white athlete to commit to the protest and demonstrated before a National Women’s Soccer League (NWSL) match at the same time Colin Kaepernick’s protest was sparking a firestorm in the NFL. Rapinoe also knelt before a U.S. match against Thailand.

EX-SOCCER PLAYER ONCE CLAIMED HE WAS LATE TO PRACTICE IN CHILE BECAUSE HE WAS ABDUCTED BY ALIENS, FORMER TEAMMATE SAYS

Dunn, during a Bleacher Report roundtable on race, said she was initially scared to follow Rapinoe because she was afraid to lose her spot in the lineup.

“I also remember telling her that I had to stand because I don't know what's going to happen. I'm scared for my job. I'm scared that it's going to look differently if a black girl on the team kneels,” Dunn said.

PREMIER LEAGUE BACK WITH DOUBLEHEADER AFTER 100-DAY SHUTDOWN

“I just remember having really hard conversations with her, how I was internally conflicted. I saw the way U.S. Soccer responded and treated Megan,” she said. “To me, I'm thinking they kept her out of some games, kept her out of camps, and yes that was bad, but to me, I was thinking that they could rip up my contract, so I thought I was actually going to get it worse.”

Dunn has been on the U.S. national team since 2013 and has made 104 appearances. The 27-year-old is also getting ready to play in her third season for the North Carolina Courage

U.S. Soccer initially banned players from kneeling during the national anthem, requiring everyone to stand. The rule was repealed last week.