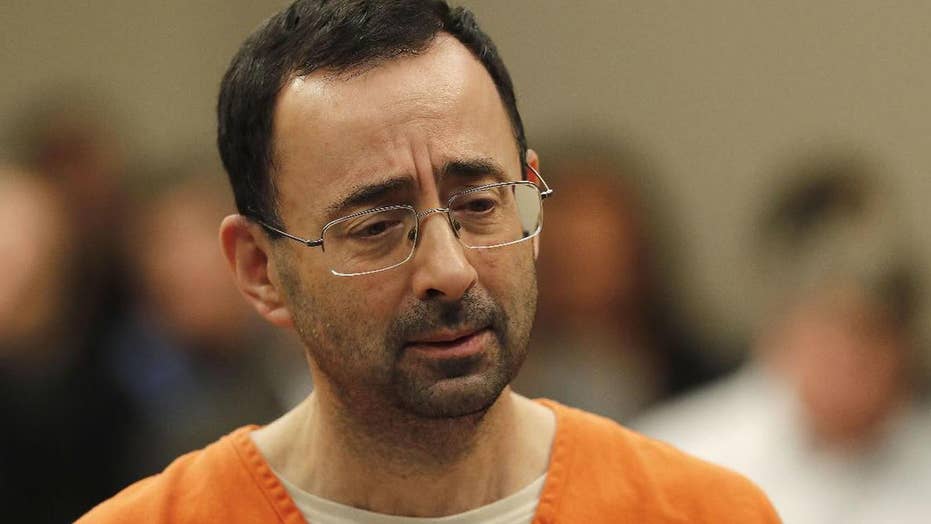 USOC demands resignation of entire US gymnastics board

U.S. Olympic Committee gave USA Gymnastics six days for its board members to resign, as well as five other conditions, or it will lose its status as the sport’s governing body.

USOC CEO Scott Blackmun outlined the steps USA Gymnastics must take in an email sent Thursday to its board members.

“We do not base these requirements on any knowledge that any individual USAG staff or board members had a role in fostering or obscuring Nassar’s actions,” Blackmun wrote in the letter. “Our position comes from a clear sense that USAG culture needs fundamental rebuilding.”

The demands come a day after former sports doctor was sentenced to between 40 and 175 years in prison for molesting women and girls while supposedly treating them for sports injuries.

More than 150 victims, including Olympians McKayla Maroney, Jordyn Wieber and Aly Raisman, came forward with accusations against Nassar. Raisman had been the most vocal gymnast in criticism of USA Gymnastics, saying last week that the governing body was “rotting from the inside.”

Blackmun said the USA Gymnastics board must resign by Jan. 31 and fill an interim board by Feb. 28. The board will have a year to work with athlete constituent groups to replace the interim board members, Blackburn wrote. Current board members would not be eligible for the new seats.

USA Gymnastics will also have to cooperate with an independent investigation to determine whether anyone knew about Nassar’s abuse and failed to report it.

At each board meeting, members will “substantively discuss” the plans for implementing the recommendations made by former federal prosecutor Deborah Daniels, who found that the organization needed a “cultural change.”

Blackmun said USA Gymnastics must “confirm that all staff and board members have completed SafeSport training” within three months.

Within six months, the organization needs to confirm that “all staff and board members have completed a comprehensive ethics training unit.”

USA Gymnastics said in a statement on its website that it will embrace Blackmun’s outlines, according to USA Today.

“We understand that the requirements imposed by the letter will help us enhance our ability to build a culture of empowerment throughout the organization, with an increased focus on athlete safety and well-being,” the statement said.

Nassar pleaded guilty to assaulting seven people in the Lansing, Michigan, area between 1998 and 2015. He has already been sentenced to 60 years in prison for child pornography crimes and is scheduled to be sentenced next week on other assault convictions in Eaton County, Michigan.

The 54-year-old was working at Michigan State University and USA Gymnastics, which trains Olympians, when he sexually abused the athletes.

Fox News’ Tyler Speicher and the Associated Press contributed to this report.