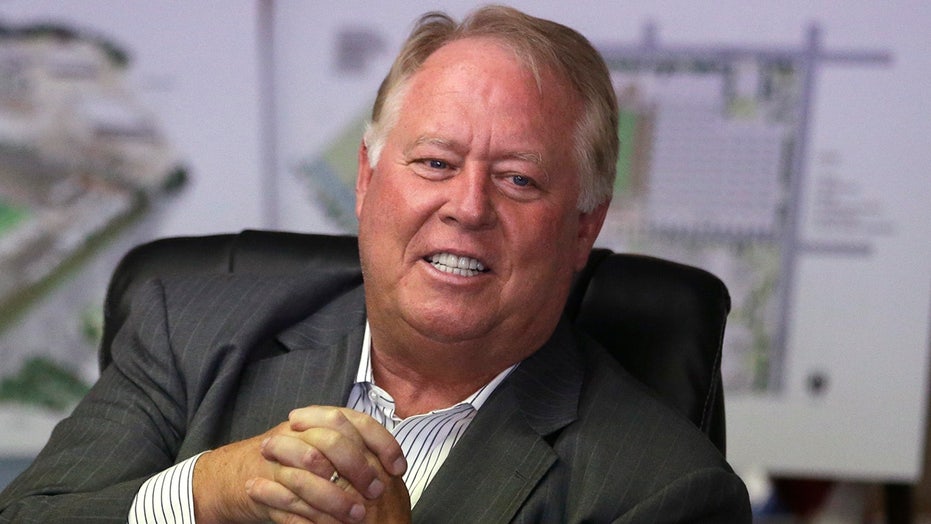 Utah Royals coach Craig Harrington has been placed on a leave of absence in the latest round of tumult to hit owner Dell Loy Hansen's Utah Soccer Holdings.

The Royals confirmed shortly after the start of the team's game against the Portland Thorns Sunday that Harrington and assistant Louis Lancaster were both put on leave and assistant Amy LePeilbet was named interim head coach. No reason was given for the move.

Following the game, a 3-0 loss to the Thorns, LePeilbet said the move was made swiftly but offered no additional details.

Team captain Amy Rodriguez said: “Right now, the club has told me that I am not in a position to comment about the staff at this time."

But Rodriguez hinted at internal strife in the organization.

“We’ve been through a lot this week. And I will say that we’ve had to lean on each other a lot. And with Amy LePeilbet leading our ship right now, we’re going to look to her as far as the next step,” Rodriguez said.

Hansen is looking to sell the teams in the wake of a scandal that erupted after he made controversial remarks about Real Salt Lake's decision not to play a match on Aug. 26. Players from the NBA, WNBA, MLS and Major League Baseball all decided not to play that day to protest racial injustice following the police shooting of Jacob Blake in Kenosha Wisconsin.

Shortly thereafter allegations surfaced that Hansen had used a racist slur in the past and made other racially charged comments. He apologized in a statement to fans.

Utah Soccer Holdings executive Andy Carroll was also placed on a leave earlier this month while the team investigated allegations of workplace misconduct. MLS and the NWSL also launched investigations.

It was unclear if Sunday’s announcement regarding Harrington and Lancaster were connected to those investigations.

Players for the Royals issued a statement before Sunday's match, but it don't not specifically address the coaching moves or the other controversies.

“We’ve had enough. Enough of the racist systems excluding black and brown people. Enough of sexist stereotypes infiltration conversations about our talented and achievements as athletes. Enough of a work environment that is not open and includes for all,” the statement said, in part. “We acknowledge the past the past wrongdoings of this organization and choose to move forward in a new direction.”

Rodriguez said the players wanted to show they were unified.

“We had been discussing about putting a statement out together as one over the last few weeks. A lot of changes, a lot of occurrences happening right now with our club," she said. "We just feel it was necessary to state our values and to discuss the direction in which we want to see the club going in.”