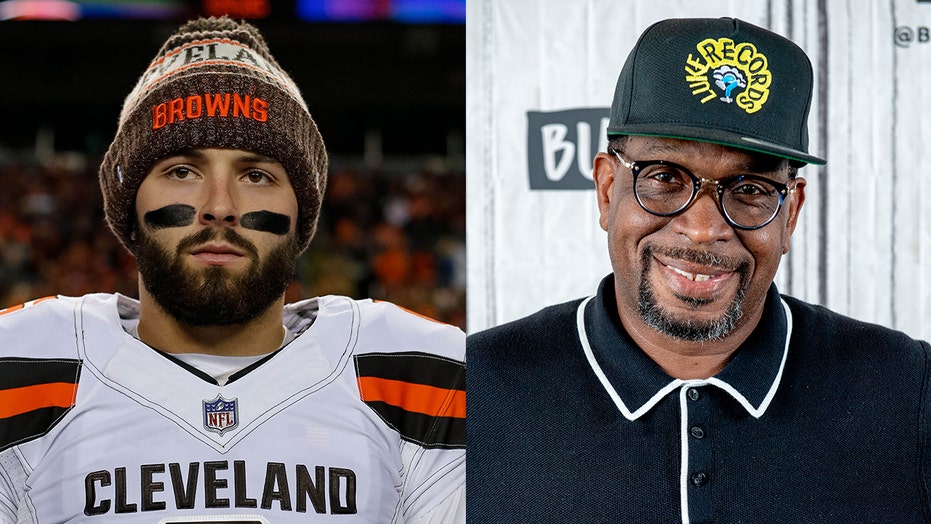 Cleveland Browns quarterback Baker Mayfield appeared to criticize Duke Johnson last week over the running back’s request for a trade from the team, but his remarks appeared to have irked the husband of Johnson’s agent.

BAKER MAYFIELD SPEAKS OUT ON TEAMMATE'S TRADE REQUEST: 'YOU'RE EITHER ON THIS TEAM OR YOU'RE NOT'

On Wednesday, Luther Campbell tweeted: “F—k @bakermayfield for saying that dumb s—t about Duke Johnson. I guarantee you you be the one to divide this locker room up you are not in Texas at Cracker Barrel.

Campbell didn’t stop there. He had more words for Mayfield on Friday.

“Hey @bakermayfield this will be my last tweet to you. Bret Favre traded. Joe Montana [traded]. Peyton Manning traded. Drew Brees traded. Dan Marino told to go home. Don’t ever turn on your teammates for management and you are not exempt.”

Mayfield, who is going into his second season, was asked about Johnson’s trade request last week.

“You’re either on this train or you’re not,” Mayfield said, according to the Cleveland Plain-Dealer.

The second-year quarterback also denied it was awkward in the locker room, according to CBS Sports.

“It's self-inflicted. It is what it is. It's not awkward for anyone else in this building,” he said.

Browns coach Freddie Kitchens blamed the media for creating more out of Johnson’s trade request than there was in an interview with NFL Network.

“I’ve said this numerous times: No disrespect to you guys, but the media creating something more than, it was just a comment,” Kitchens said, according to Pro Football Talk. “He wants to be traded, you know. I want to win the lottery, alright. So it doesn’t matter. He’s a Cleveland Brown. He’s under contract. He’s going to be used to the best of his ability and what benefits the team. And that’s what we’re going with. As far as the media-driven controversies, there’s no controversy on our team.”

It’s unclear whether Johnson is drawing interest from other teams. Johnson rushed for 201 yards on 40 carries. He had three receiving touchdowns and zero rushing touchdowns.

He does have a bit of competition surrounding him at the running back position. Nick Chubb, who rushed for 996 yards and eight touchdowns may be the Week 1 starter, while former Kansas City Chiefs running back Kareem Hunt is likely to get time when he returns from his eight-game suspension.