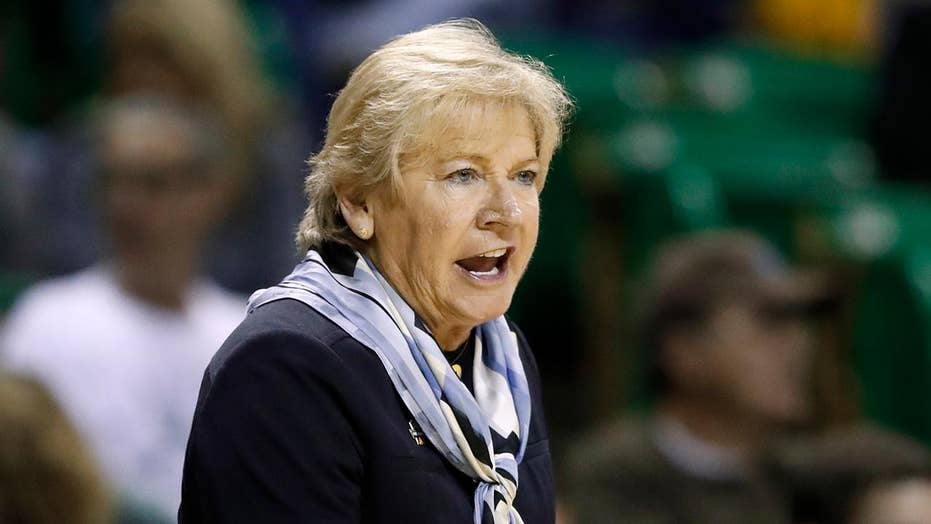 The University of North Carolina announced Monday that longtime women's basketball coach Sylvia Hatchell and her assistants had been placed on paid administrative leave while the school conducts an internal review of "the culture of the women's basketball program and the experience of our student-athletes."

Athletic department spokesman Steve Kirschner said in a statement that the review was precipitated by "issues raised by student-athletes and others," but did not specify what those issues were. He also said the review, conducted by a Charlotte law firm, would be "thorough and prompt" and added that the university would have no further comment until the review was complete. He did not provide a timetable.

"I’ve had the privilege of coaching more than 200 young women during my 44 years in basketball," Hatchell said in a statement. "My goal has always been to help them become the very best people they can be, on the basketball court and in life.

"I love each and every one of the players I’ve coached and would do anything to encourage and support them. They are like family to me. I love them all. Of course, I will cooperate fully in this review. I look forward to a prompt conclusion of this matter and the continuation of our very successful women’s basketball program."

Among those placed on leave were Andrew Calder, the program's associate head coach who came to Chapel Hill with Hatchell in 1986; Sylvia Crawley, a former Tar Heel player under Hatchell and former head coach at Ohio University and Boston College; and recruiting coordinator Bett Shelby, who just completed her first season on Hatchell's staff after serving three seasons in the same position at the University of Maryland.

Hatchell has led North Carolina since 1986 and led the Tar Heels to the national championship in 1994. She is the winningest women's basketball coach in the history of the Atlantic Coast Conference, with a record of 751-325 at UNC. The only coach with national championships at three levels — AIAW, NAIA and NCAA — Hatchell was inducted into the Basketball Hall of Fame in 2013 and became the third women's coach in Division I with 1,000 career victories in 2017.

She was diagnosed with leukemia in 2013, underwent chemotherapy through March 2014 and returned the following season to lead the Tar Heels to a 26-9 finish. The program also spent several seasons under the shadow of the school's multi-year NCAA academic case dealing with irregular courses featuring significant athlete enrollments across numerous sports, a case that reached a no-penalty conclusion in October 2017.

North Carolina went 18-15 this season with upsets of top-10 teams North Carolina State and Notre Dame. The Tar Heels lost to California in the first round of the NCAA Tournament, the first trip there since 2015 and the 23rd appearance for Hatchell.