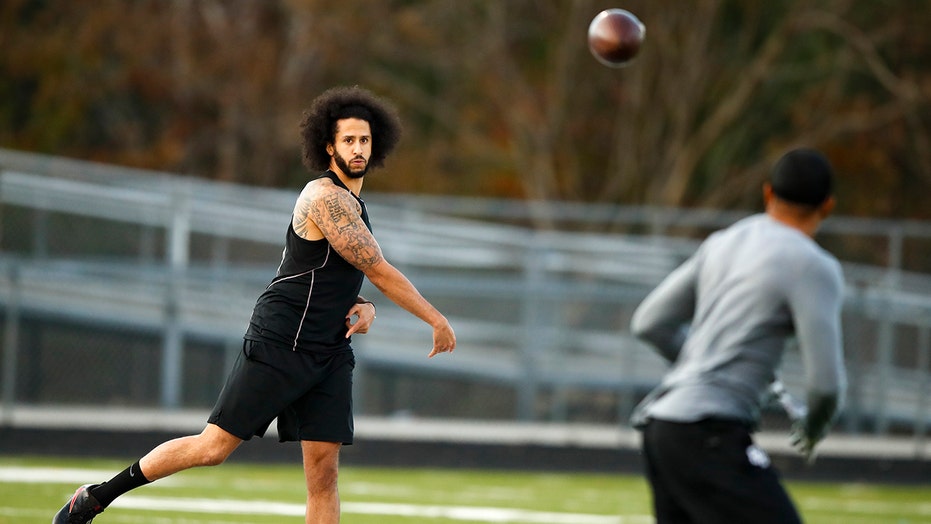 Former San Francisco 49ers quarterback Colin Kaepernick is being looked at closely by two teams in the NFL after holding his own workout over the weekend, his attorney Mark Geragos said.

Speaking on The Adam Carolla Podcast this week, Geragos offered details about the two teams that have shown interest in Kaepernick since he declined to participate in the NFL’s showcase workout over the weekend and instead held his own public session at an Atlanta high school.

“One who is legitimately in need of a quarterback who had a very poor showing on Sunday and has got an owner that I don’t think gives a sh-t,” he said.

Geragos didn’t offer any names but speculation surrounds the Carolina Panthers after rookie quarterback Kyle Allen, who has been filling in for Cam Newton for most of the season, threw four interceptions in Sunday’s loss to the Atlanta Falcons.

The second team could be anyone's guess as several organizations in the league have struggled this season with injured and underperforming quarterbacks.

Kaepernick has not played a down of football since the 2016 season. In that season, he threw for 2,241 passing yards, 16 touchdown passes and four interceptions. He played in 12 games that year.

Through 69 career games, Kaepernick has racked up 12,271 passing yards, 72 touchdowns and 30 interceptions.

No team has publicly commented on being interested in Kapernick following Saturday’s showcase.