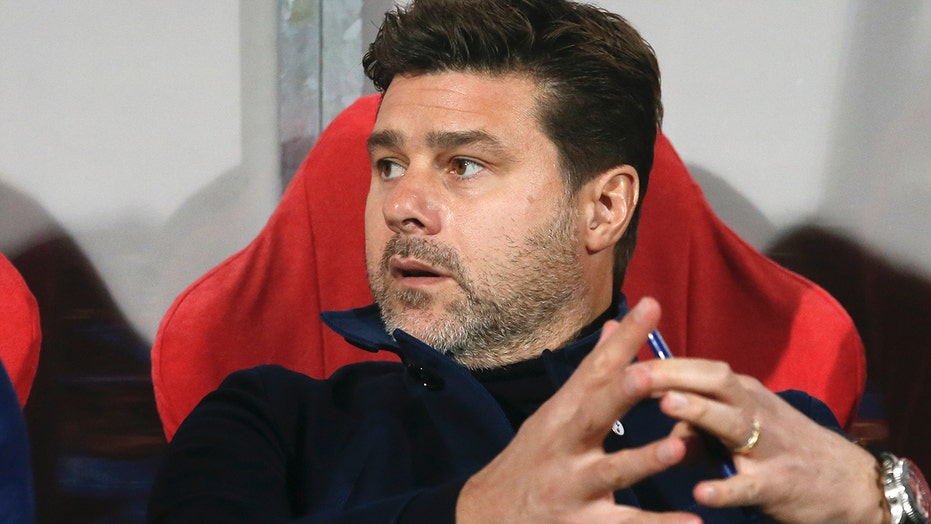 Tottenham Hotspur made the shocking announcement it fired manager Mauricio Pochettino and the rest of his coaching staff in the middle of his sixth season, just six months after leading the team to the Champions League final for the first time.

He was replaced almost 24 hours later with Portuguese manager Jose Mourinho, who has been unemployed since being sacked by EPL rivals Manchester United last season.

Tottenham chairman Daniel Levy said in a statement it was the team’s latest results in the English Premier League that affected the decision to relieve him. Through 12 matches, Tottenham has 14 points – just six points above Watford in the relegation zone.

“We were extremely reluctant to make this change and it is not a decision the Board has taken lightly, nor in haste,” Levy said. “Regrettably, domestic results at the end of last season and beginning of this season have been extremely disappointing.

Tottenham's manager Mauricio Pochettino sits on the bench before the Champions League group B soccer match between Red Star and Tottenham, at the Rajko Mitic Stadium in Belgrade, Serbia, Wednesday, Nov. 6, 2019. (AP)

“It falls to the Board to make the difficult decisions - this one made more so given the many memorable moments we have had with Mauricio and his coaching staff - but we do so in the Club's best interests.

“Mauricio and his coaching staff will always be part of our history. I have the utmost admiration for the manner in which he dealt with the difficult times away from a home ground whilst we built the new stadium and for the warmth and positivity he brought to us. I should like to thank him and his coaching staff for all they have contributed. They will always be welcome here.”

Spurs fans were shocked and left unhappy with the decision to sack Pochettino.

Fan were also set that the Spurs had hired Mourinho, a controversial manager who was in charge of London rivals Chelsea for two stints.

“In Jose, we have one of the most successful managers in football,’ Levy said. “He has a wealth of experience, can inspire teams and is a great tactician. He has won honors at every club he has coached. We believe he will bring energy and belief to the dressing room.”

Mourinho last managed Manchester United from 2016 to 2018. He helped United to an FA Community Shield in 2016 and a UEFA Europa League victory in 2017.