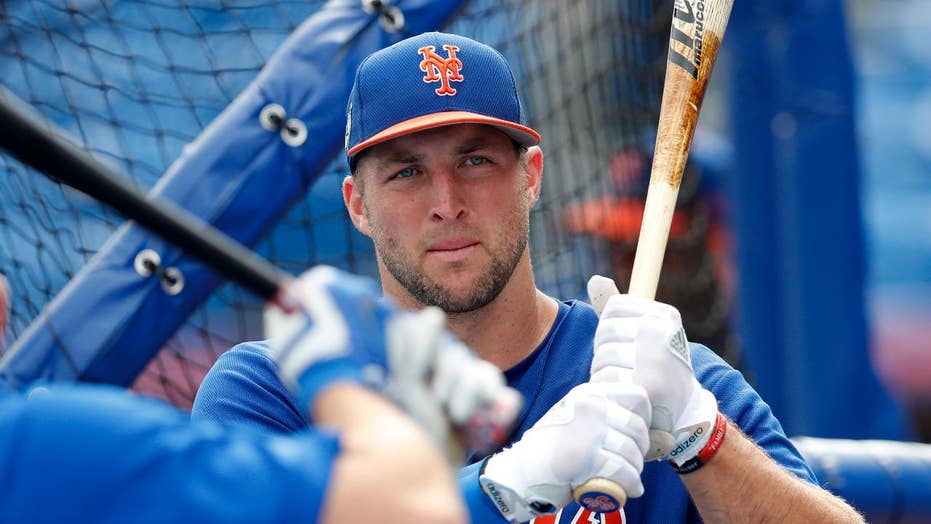 Any long-shot chance Mets prospect Tim Tebow had to play in the major leagues this season has likely been dashed, after the former college football star and NFL quarterback injured his hand swinging a bat during a minor league game.

Tebow, who turns 31 next month, broke the hamate bone in his right hand and is set to have surgery Tuesday.

He is likely done for the season, ESPN's Adam Schefter tweeted, citing an MLB source.

Tebow, an Eastern League All-Star with the Double-A Binghamton Rumble Ponies, appeared to injure himself during a swing in the seventh inning of Thursday's game, The New York Post reported. The left fielder was placed on the disabled list Saturday.

In his second full season in the Mets minor leagues, Tebow has taken a step forward, batting .273 with a .336 on-base percentage and six home runs. Given the woeful state of the Mets' major league squad, 40-56 and last place in the National League East entering play Monday, there was some thought the former football standout could crack the big league club when rosters expand in September. But Thursday's injury probably rules out any chance of that happening.

A two-time national champion and the 2007 Heisman Award winner, Tebow's charmed career at the University of Florida didn't translate to the NFL. Though he added to his legend with a series of late-game comebacks with the Denver Broncos in 2011 and a first-round playoff win over the Pittsburgh that same year, Tebow was traded to the Jets in the offseason, where he became a seldom-used backup. He competed for spots on the New England Patriots and Philadelphia Eagles rosters in 2013 and 2015, respectively, but failed to make either club.