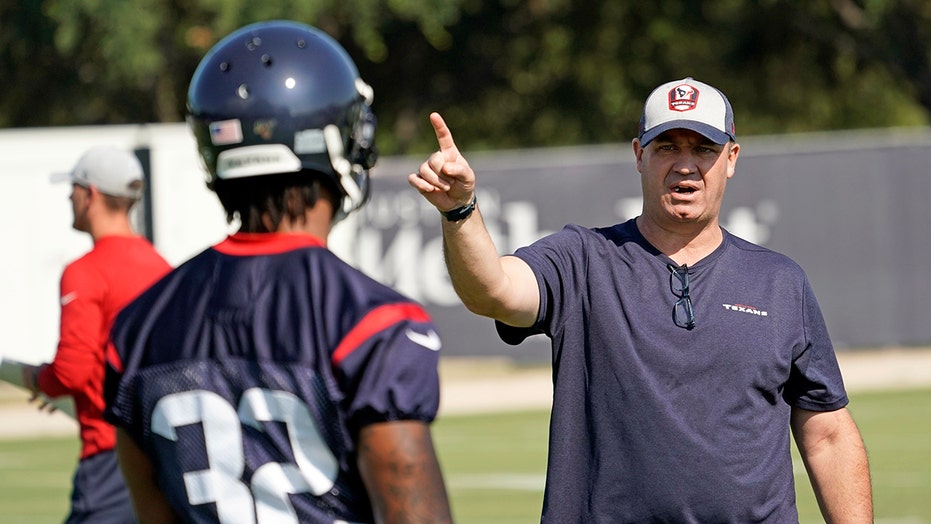 Johnson, 22, delivered one big hit to Packers tight end Jace Sternberger and taunted him after the play, according to ESPN. He then leveled Trevor Davis on a kickoff return.

“It was a play that developed over there, and it was time for Lonnie to head to the showers,” O’Brien told reporters, adding that it wasn’t a “big deal.”

PRESCOTT, COOPER SHRUG OFF MONEY TALK IN CAMP WITH COWBOYS

“That was unnecessary,” Packers wide receiver Davante Adams said after Sternberger’s hit, according to ESPN. “You've got plenty of time for that. You can do it in the games and you get fined. Be a coward when you do stuff like that in practice, it's not a good look. We take care of each other up here."

“You can do it in the games and you get fined. Be a coward when you do stuff like that in practice, it's not a good look."

He added: "I don't know how they practice, I don't know what they do over there, but there's consequences for stuff like that. ... It's a brotherhood across the league, period. I had plenty of times where I could take somebody out but I decided not to because I felt like that's not the appropriate thing to do when we're trying to get better and look out for one another.”

Jimmy Graham also added that it was “kind of ridiculous.”

“I thought there was no place for that,” he said. “We addressed it. It's an unfortunate deal because I was pretty clear with our guys we're not doing that stuff.”

Johnson, a second-round pick, posted a photo of his hit on Instagram but did not appear to apologize.

He added in a tweet: “Not trying to hurt nobody just wanna be great!”